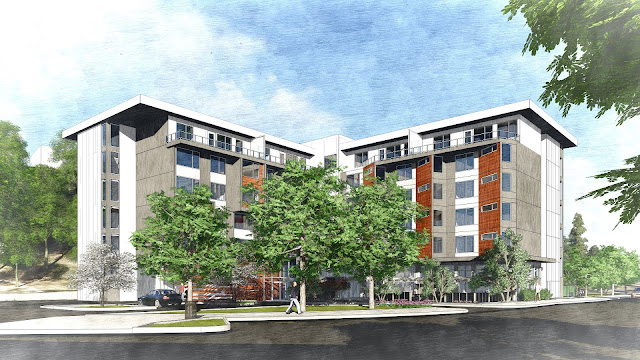 Some residents of Nanaimo, B.C. are surprised by the rental rates of a new “affordable housing” option for seniors in the city.

The non-profit owns and operates the building, which is funded in partnership with BC Housing.

When the project was announced in 2018, BC Housing billed it as “relief from rising housing costs,” offering “new affordable rental homes” to local seniors.

Many residents of a nearby affordable patio home complex for seniors, however, say they couldn’t afford to live at 10 Buttertubs if their current complex were redeveloped and they needed to move.

“I thought it would be wonderful to get in there, but I didn’t realize the rents were going to be so high I couldn’t afford it,” said Joice Matsuda, who has already applied for tenancy at 10 Buttertubs.

“I still hope it will work in my favour, but I’m not willing to give up my whole pension to get in there.”

The difference in rent costs is not explained on the NAHS website, but BC Housing says it’s based on varying amenities, such as balconies or better views.

NAHS declined an on-camera interview for this story, referring questions to BC Housing.

“Myself and a lot of people in here could not afford to move to the new place — you’re looking at $1,600 compared to your $500,” said Wendy Wind, who lives in the patio complex, also operated by NAHS.

“I can’t even afford to get in there period, when you don’t make that much on your pension.”

James Gowar told Global News he had been under the impression — based on the way 10 Buttertubs Drive was described — that they could “almost go across the street and maybe, for another $50, we’ll have a brand-new building.”

An amenities package for 10 Buttertubs is also advertised on the NAHS website that includes cable, phone and Internet, linen and towel services, and three meals a day between Monday and Friday.

The website doesn’t indicate that the package is optional, but BC Housing confirms the add-on, which costs between $626 and $726, is not required.

“It isn’t a subsidized housing site, but rents are based on incomes for moderate seniors who want to access more options for additional services, like linens and cleaning, or meals as well,” said Heidi Hartman, BC Housing’s regional director for Vancouver Island.

“There’s need across the continuum at all income levels.”

Residents interested in living at 10 Buttertubs can also apply for SAFER (Shelter Aid for Elderly Renters), which provides some tax-free monthly relief to the total cost of monthly rent, Hartman added.

A chart showing how much that subsidy could save residents monthly is available on the NAHS website. 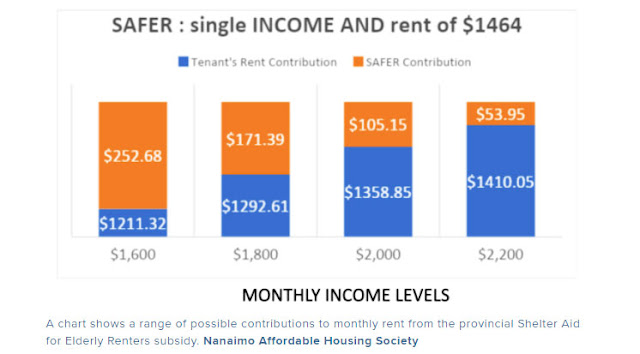 Hartman said BC Housing has two subsidized buildings currently in development in the Nanaimo area that will target low-income seniors, but they won’t be near Buttertubs.

She also said BC Housing isn’t aware of any current redevelopment plans for the nearby patio home complex occupied by Gowar, Wind and Matsuda — despite the rumours they’ve heard.

“When it comes time to redevelop the patio homes, we’ll have those conversations and we will need to see a relocation plan for all the residents at the patio homes before a project like that is approved and goes forward,” she explained.