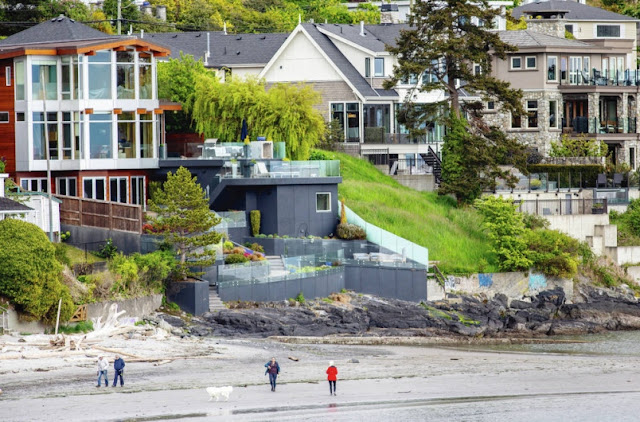 A spring housing outlook from Canada Mortgage and Housing Corporation suggests Greater Victoria’s housing market is in for more of the same, with the hot market unlikely to see cooling until 2023.

CMHC market analyst Pershing Sun said the region should expect to see continued strong demand for the next two years, which will drive up prices and spur homebuilders to start new projects.

“Prices will grow, but not as fast next year or the year after,” she said, noting prices in the resale market are expected to increase by about five per cent in 2022 and 2023.

But she warned there is a lot of uncertainty when it comes to predicting what’s going to happen in the mid- and long term, as housing demand is driven in part by population growth, which is expected to resume its pre-­pandemic pace in 2022 as ­immunization efforts progress.

CMHC suggested the local job market would return to its pre-pandemic level in 2022, which is vital to attracting migrants from other provinces and countries.

She said increasing mortgage rates are likely to have a dampening effect on the buying frenzy, as the cost of borrowing is expected to start to increase.

The other factor is how many people will continue to work from home, one of the main drivers of the hot single-family-home market, as people want more space to work and live in their homes.

It will also have an effect on the number of people who are looking at Victoria as a reasonably priced alternative to Vancouver.

“Victoria got a lot of attention from out-of-town buyers and COVID sped that up,” Sun said.

For the time being, though, CMHC believes low borrowing costs and demand from out-of-town buyers is likely to drive home prices higher, as demand for the region’s low inventory of homes continues.

Casey Edge, executive ­director of the Victoria Residential Builder’s Association, said the CMHC report offered no surprises and a lot of wiggle room. He said the national housing agency has taken to offering wide ranges for some of its ­housing forecasts.

“That’s quite the range,” said Edge.

He said he expects local homebuilders to start about 3,000 homes this year.

“It’s no surprise the CMHC will be cautious, given their ­prediction in 2020 that the ­housing market would crash,” he said. “The market did exactly the opposite.”

Sun said few managed to ­correctly predict what effect a pandemic would have on the economy and the housing ­market.

She said CMHC is doing range forecasting, running several models that look at various scenarios and then reporting the most pessimistic and optimistic outlooks as a range.

However, a combination of buyer fatigue and increased supply is expected to stabilize demand and result in price growth slowing over the next three years.

According to CMHC, housing starts will increase this year and next, before slowing in 2023.

“Historically, the pace of construction has lagged behind sales patterns,” the report said, noting last year saw record-level sales across all segments. “In response to the continuing heightened demand, builders and developers have begun to initiate new projects, with a focus on the single-detached ­segment.”

CMHC estimates housing starts could range from 1,921 to 6,126 next year, with most of the new construction once again starting on the West Shore.

Edge said one thing he felt the report was missing is the effect of increased material costs on the homebuilding industry.

“It’s having a significant effect right now,” he said.

With skyrocketing lumber prices, other increased material costs and the usual delays in ­permit approvals, building activity is likely to slow down, Edge said.

“At the end of the day, the numbers have to work for any project to proceed.”