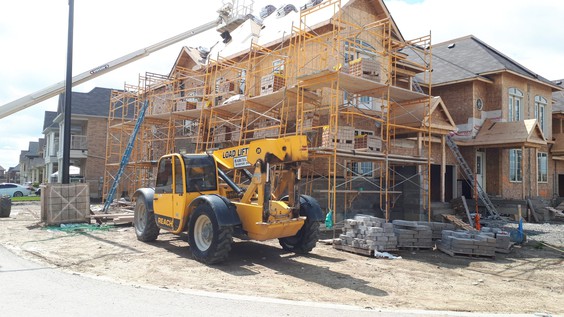 Many experts are astounded at the prices of recent sales in some of Canada’s major markets. Media stories about bidding wars and homes selling as soon as they hit the market for hundreds of thousands over asking are everywhere. Such a frothy market has experts wondering if the bubble will burst and put Canada’s economic recovery at risk.

When we asked our panel of experts, just under one-third (29%) believed Canada’s sky-high real estate prices could send Canada into a recession, while just over a third (38%) did not believe a recession would result, with another one-third (33%) unsure.

Moshe Lander, economics professor at Concordia University, believes all this speculation is dangerous and explains the overall market conditions that got us here. “All of the hundreds of billions of dollars of government spending that has found its way into the economy has had to go somewhere. While the headlines focus on reduced household spending and increased saving levels, that money has ended up in residential markets and the stock market. When the dust settles and something resembling normalcy returns in 2022, these markets will turn sharply and wipe out huge amounts of wealth that households had accumulated (or debt that had been reduced) during the go-go spending binge in 2020 and 2021.”

Carl Gomez, Chief Economist & Head of Market Analytics at CoStar, firmly believes prices are disconnected from fundamentals and “should prices revert, it would have a meaningfully negative impact on household balance sheets that could also reverberate across the financial system. That said, it’s unclear (yet) what the catalyst would be for home prices to unwind.”Brett House, Deputy Chief Economist at Scotiabank, states, “Canada continues to face a substantial housing supply deficit in its major metropolitan areas, which is set to be made more acute as immigration numbers step up,” but he does not believe it is enough to drive Canada into recession.

Sebastien Lavoie, chief economist of Laurentian Bank Securities is more optimistic about the issue of low supply. “Housing starts are at an all-time high, meaning supply will eventually catch up to demand. In addition, a few measures to slightly taper off demand such as the higher stress test proposal from OSFI will contribute to cooling the overheating markets.”

Sherry Cooper, chief economist, Dominion Lending Centres believes there “will be a soft landing in the housing market once more supply comes onto the market and immigration returns to targeted levels.”

Roelof van Dijk, senior director, national research and analytics, Colliers International believes if housing prices crash, we will go into a recession but questions if what we have on our hands is even a speculative bubble in the first place or just a pandemic trend. “I think what we are seeing is people…need more space during lockdowns to work from home and get some privacy from kids stuck at home. We essentially stole some demand from the future as these people were likely going to make these moves in the coming years; however, this future demand will likely be replaced by higher immigration targets in the coming years.”

Nicole McKnight is the Canada PR Manager at Finder.com.