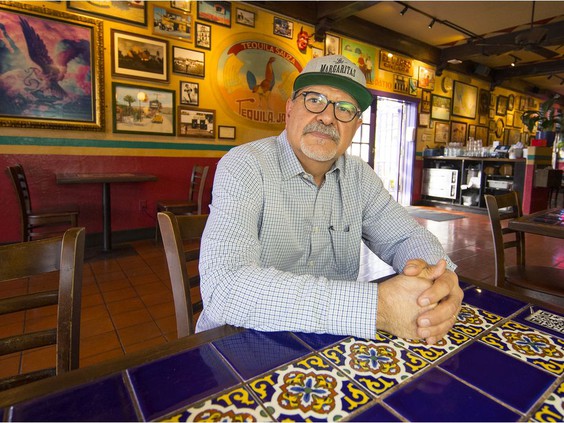 Opinion: It's hard to understand the rationale of the province applying its "speculation and vacancy tax" on the airspace above Las Margaritas and other beloved small businesses.

Dan Rodriguez recently learned he’ll need to cough up an extra $6,000 in taxes this year for the speculation and vacancy tax, a measure introduced by the provincial government with the stated aim of “turning empty homes into good housing for people who live and work in B.C.”

But Rodriguez isn’t on the hook because of any empty homes — he owes because of the air above his restaurant.

Rodriguez’s cantina, Las Margaritas, has been a beloved Kitsilano institution serving Mexican food, drinks and hospitality for nearly three decades on the same corner of West 4th. Rodriguez has a great relationship with the property’s longtime landlords, he says, and, in a common refrain of small business owners, the rent has been relatively stable in recent years, “but the property tax is the killer.”

That’s because like almost all commercial properties, Las Margaritas is on a triple-net lease, meaning the business pays the landlord not only rent, but also maintenance costs and property taxes.

Now, more than a year into the global pandemic that has hammered many small businesses and particularly the hospitality sector, Rodriguez and many other Vancouver businesses are facing a new cost: the speculation and vacancy tax, or SVT, on the air over their heads. And he won’t be alone.

The province “could have easily held off on this ridiculous tax, knowing that we’re in a COVID situation as well,” Rodriguez said. “But some bureaucrat just decided to bring this out.”

Like many commercial tenants, Rodriguez has long paid some amount of tax on the airspace above his business. That’s because B.C. properties are assessed and taxed based on their “highest and best use,” which means, in effect, that many older businesses in single-storey buildings on commercial streets — such as West 4th — are taxed based on their development potential, which could be a multi-storey building with commercial space on the ground floor and residential units above.

In most cases, the whole property — both its existing ground-floor business and its unbuilt residential potential — would be taxed at the commercial rate, which is about four times the residential rate. Some Vancouver commercial property owners, seeking to reduce the tax burdens, which are typically borne by their tenants, have gone through the courts to obtain so-called “split assessments,” meaning the unbuilt condos in the airspace over the property are taxed at the residential rate instead of the higher commercial rate.

The B.C. NDP introduced the SVT in 2018, a surtax on empty or underutilized residential properties. In some aspectsm, it was similar to Vancouver’s empty homes tax introduced two years earlier, but the provincial tax is structured a little differently, and applied to several municipalities with tight housing markets.

In 2019, The Vancouver Sun reported that because of how the province’s SVT is structured, it applied to “vacant residential land,” a definition which, for the provincial government’s purposes, included not only empty undeveloped lots or abandoned houses, but also the airspace over Las Margaritas and other small businesses in similarly zoned properties. (Vancouver’s empty home tax does not apply to such properties.)

Such properties were temporarily spared, the Sun reported in 2019, but it wasn’t clear how long that reprieve would last — the Ministry of Finance said at that time the SVT would not apply that year, due to “an exemption for vacant residential land to give existing property owners time to take steps to develop their residential property.”

However, the Sun reported in 2019, it was expected that the unbuilt development potential above commercial properties with split assessments could eventually be hit with the SVT in the future.

It appears that time is now.

In an emailed statement last week, a B.C. Ministry of Finance representative confirmed that the “temporary exemption for vacant residential properties” — an exemption initially applied for the 2018 tax year and extended for 2019 — has ended, meaning the SVT will apply for the 2020 tax year.

“Since we implemented the tax we have encouraged owners of vacant homes and properties to return those properties to the market or to develop the properties to help provide homes for British Columbians,” the ministry statement said.

The only practical way to turn the air over Las Margaritas into occupied homes is to shut down the business and redevelop the property.

Small business advocates and municipal leaders have complained for years about the impacts of highest-and-best-use assessments on soaring property taxes for commercial tenants, and split assessments are one of the main solutions they’ve championed. But, as a Canadian Federation of Independent Business economist told the Sun in 2019, if properties with split assessments will now be subject to the SVT, “it could be even worse than the status quo.”

Last year, the province introduced its own “interim business property tax relief exemption legislation,” encouraging B.C. municipalities to take advantage of the program. But many critics have called that proposal unworkable, and not a single one of B.C.’s 162 municipalities has attempted to use the program.

The ministry was not able to immediately provide an estimate on how many split-assessment commercial properties in B.C. could be subject to the SVT on the air over their heads.

Vancouver-based property tax expert Paul Sullivan, with the global tax firm Ryan LLC, estimated that hundreds of Vancouver businesses, including in Kitsilano, Downtown and Hastings-Sunrise, could find themselves in a similar situation to Las Margaritas.

The good news, though, Sullivan said, is that if the B.C. government chooses, they can fix this issue with “a stroke of a pen.”

While $6,000 might not be a huge amount for a provincial government with $60 billion in annual revenues, it’s a lot of money for a small business.

It’s not as though Las Margaritas just needs to do an extra $6,000 in business to cover the bill. Restaurants, like many small businesses, operate on famously thin margins.

Sullivan calculated that assuming a five per cent profit margin — not uncommon for restaurants — that would mean Las Margaritas needs to sell more than $100,000 worth of extra chimichangas and micheladas to cover the SVT this year. During a pandemic.

The speculation and vacancy tax enjoys fairly widespread support, something that’s not especially common for new taxes. Last year, local polling firm Research Co. reported that in a representative provincial sample, 76 per cent of British Columbians agreed with the implementation of the tax in specific urban areas targeting “those who own second properties that aren’t long-term rentals.”

Many British Columbians can understand the rationale of levying extra taxes on, say, a major development firm that demolishes social housing and leaves the land vacant for a decade before redeveloping, or an offshore investor who buys up several Vancouver condos and leaves them empty and untenanted.

The case for applying those extra taxes to the thin air above Las Margaritas is harder to figure out.