Uber wants to be in Victoria by Christmas 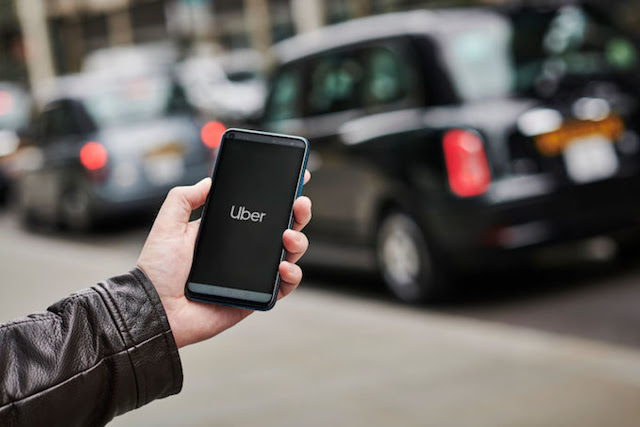 Ride-hailing giant Uber expects to be operating in Greater Victoria in time for Christmas.
The company said Wednesday it has submitted an application to the Passenger Transportation Board that — pending approval — would allow it to operate in all regions of the province.
Uber said its initial focus will be on Greater Victoria and Kelowna.
Uber has been operating in Vancouver since late January.
The company expects its latest application will take three months, Michael van Hemmen, Uber’s head of city operations in Canada, said in an interview.
“We are hoping to be operational in time for the holidays.”
He said there has been “significant interest” in Uber’s ride-sharing services in Greater Victoria and Kelowna, with about 100,000 people opening the Uber app over the past year.
“As we adjust to the new normal with COVID-19, it’s more important than ever to offer riders a safe, reliable and affordable transportation alternative and drivers accessible to flexible earning opportunities, especially those who may be experiencing reduced work hours or unemployment due to COVID-19,” said van Hemmen.
Greater Victoria already has three approved ride-hailing companies, all with limited drivers and cars on the road amid the uncertainty of the pandemic.
Kabu Rides was approved by the Passenger Transportation Board in February. Lucky To Go got the nod in April and Ripe Rides was given the green light in May.
Van Hemmen said drivers who are interested are encouraged to apply.
While the Passenger Transportation Board reviews Uber’s application, van Hemmen said drivers who meet the following criteria should register on the company’s app:
• The legal ability to work in Canada
• A Class 1, 2, or 4 licence
• Criminal record check and fewer than four infractions on your driving record in the last three years
• A vehicle less than 10 years old that passes a provincial inspection
Van Hemmen said Uber’s ride-hailing service in Vancouver was well-received for the first seven weeks, but said the numbers dropped off as restrictions around the pandemic took hold. He said business has since recovered and Vancouver is now one of the company’s “most recovered” cities in North America in terms of use.
He said it’s hard to predict how Uber will fare in Greater Victoria, but said it looks promising.
Van Hemmen said with ICBC starting to provide tests again for licence upgrades for drivers and with many residents using its Uber Eats service over the summer, the brand should flourish here.
But it depends on how many drivers sign up. “Uber drivers have a lot of flexibility in terms of where and when they drive,” he said. “There’s still a lot of unemployment, so it’s a good earning opportunity for a lot of people.”
In a statement, Victoria Mayor Lisa Helps said ride-sharing provides another option for people to get around Victoria, and is a “great fit for our reputation as a tech city.”
The Passenger Transportation Board, an independent licensing tribunal, is mandated to make decisions on applications relating to passenger-directed vehicles in British Columbia, including ride-hailing authorizations.
It says ride-hailing licence decisions are made after a review of the materials received during the application process, which included supporting information provided by the applicants and submissions from interested members of the public and stakeholders.
dkloster@timescolonist.com