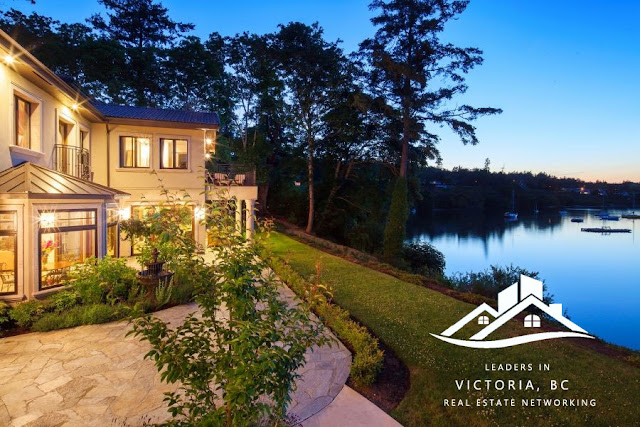 MONTREAL ― The COVID-19 economic crisis has shuttered our cinemas and airlines, thrown restaurants and bars into disarray and is currently busy running up a heck of a government deficit.

But apparently it can’t derail Canada’s housing markets, many of which can expect to see rapid house price growth once the outbreak passes, several recent forecasts have predicted.

Despite a steep drop in sales this year, the average home price in Canada will be 6.1 per cent higher at the end of this year than it was a year earlier, TD Bank said in a forecast issued this week.

Given that incomes are unlikely to rise much during this crisis, “affordability will deteriorate when you look at house prices,” the report’s author, economist Rishi Sondhi, conceded.

Sales may be falling, but the supply of homes on the market is falling with them, Sondhi said, which means the market balance isn’t shifting much.

“Sellers are moving to the sidelines just as rapidly as buyers are,” Sondhi told HuffPost Canada.

Still, TD’s forecast makes a few big assumptions. One is “that provinces take tentative steps towards re-opening their economies over the next month.”

Another is that the country won’t see a sudden rush of people who need to sell their homes quickly, thanks to the banks’ new mortgage deferral programs.

Not everyone agrees. At least one recent forecast says the country will likely see some “forced selling” in the housing market.

And what about the millions of Canadians who have lost work in this crisis? Won’t their plight affect house prices?

Like some other economists, Sondhi says that won’t have as much impact on the housing market as one would think.

That’s because, they say, the jobs lost in this crisis have disproportionately affected people in service industries ― think customer service reps and Starbucks baristas ― and these people overwhelmingly tend to rent.

“While it is sad that these people skewed strongly to young and to part-time workers, for the housing industry, the impact of these presumably temporary job losses will be limited as these groups are much less likely to buy and sell real estate,” Phil Soper, president and CEO of real estate agency Royal LePage, said in a report earlier this month.

TD’s forecast sees Toronto house prices rising 7.8 per cent this year, compared to last year, while Vancouver will see 4.7 per cent growth. Things will look worse on the Prairies, TD predicted, where the oil slump will lead to a 4.7 per cent price decline in Alberta, and a 4.1 per cent drop in Saskatchewan.

“Sales are poised to plunge at an historic pace in April, while gradually recovering their lost steps in subsequent months as buyers remain cautious,” the report states.

In a separate report Wednesday, real estate services firm Altus Group predicted a more than 50 per cent drop in home sales in the April-June period this year, before bouncing back in the second half of 2020, to end the year at around 10 per cent below the previous year’s sales.

“The odds are better that ... we might be in a situation where they start to accelerate into the uncomfortable zone.”

He predicts price growth in the 5 to 10 per cent range for this year, because there will be many buyers who will be “ready to buy” once shutdown orders are lifted and social distancing rules start to be eased.

“We think this recession is going to be deep but quick, and the economy will recover quite quickly as soon as we substantially get through the health crisis,” he said. 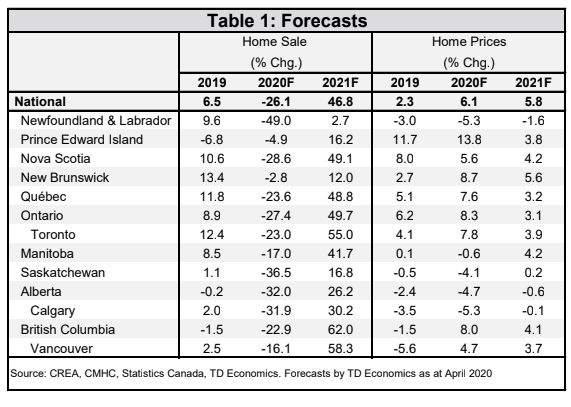