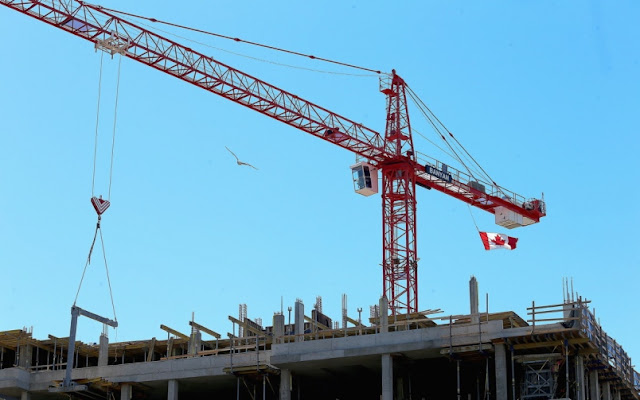 Greater Victoria construction projects are continuing, despite some hiccups when new anti-virus protocols came into effect.
Construction was declared an essential service by the province, allowing projects to continue when some other sectors were shut down or severely restricted.
“They are going ahead cautiously,” Rory Kulmala, chief executive of the Vancouver Island Construction Association, said Tuesday. “We did see some layoffs early on, but that was just based on a response to the announcement and perhaps a bit of fear, but it didn’t really take the wind out of our sails.”
New protocols caused some slowdowns in projects, he said.
“It certainly created some uncertainty in the markets, but for the most part, construction has persevered and has demonstrated its resiliency.”
About 15 per cent of those who responded to a survey by Kulmala last month said they had to lay off more than 40 per cent of their staff, but that situation has changed, he said. “What we are hearing now is that people are going back to work.”
Many of the employees who were laid off have been rehired, and now association members are hiring, he said.
“Companies worked really hard over the last eight to 10 weeks to refine and recalibrate to this new era.”
Another bright spot is that more construction projects — in all sectors — are coming up for tender, Kulmala said.
“Our institutional-commercial sector is starting to find projects, with public agencies putting them out there, [including] municipalities.
“Developers are now starting to say: ‘Well, I’ve got to get my project back on the rails, let’s get it out to tender. We still have this housing problem. We need housing, so let’s get it going.’ ”
Construction plays a major role in B.C.’s economy. Last year, the value of construction in this province climbed by 10.3 per cent to $32.6 billion.
In the residential sector alone, it moved up by 3.8 per cent to $23.6 billion, according to Statistics Canada.
Kulmala said he is not aware of any major development in the region that has come to a halt.
Other factors had been at play that were affecting the construction sector prior to COVID-19, he said, such as the province’s speculation tax, which some blamed for cooling demand in the market. Along with the continuing labour crunch, the cost of materials has increased since the pandemic was announced.
Kulmala welcomes the latest relief from virus restrictions in other sectors, such as hospitality, hoping that will help spur the economy.
cjwilson@timescolonist.com