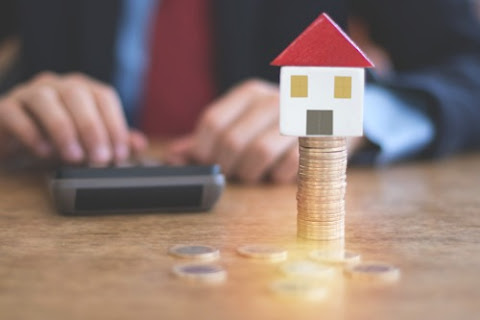 Before going any further, CREW would like to first say this:

And if you can’t do that:

The sooner everyone begins following the suggestions of the world’s best-informed health experts and avoiding the kind of contact that all but guarantees the continued spread of COVID-19, the sooner everyone goes back to work. The sooner we’re all back to work, the sooner we can start building the economy back up. None of that happens, however, until we start acting like adults. And sometimes being an adult involves doing what you’re told by people who know more than you.

This goes doubly for investors who are flat-out ignoring the COVID-19 crisis by continuing to view properties in person, and triply for those who see the pandemic as a way of saving money by purchasing properties in a less competitive environment. Opportunism at a time like this doesn’t prove a person’s shrewdness. It’s just a naked display of grossness. If you can’t put your personal appetites on hold for the greater good now, there’s not much hope for you the next time the world’s in turmoil.

Fortunately, recent data indicates that prospective homebuyers are taking COVID-19 seriously. A recent study by Point2Homes showed that visits to the company’s website dropped 8 percent on March 11 and continued falling for the next several days. By March 16, traffic on the site had fallen by 32 percent. 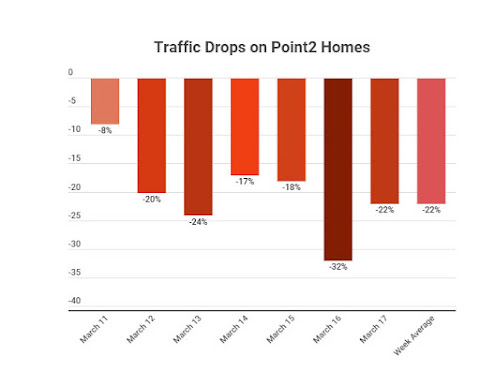 Point2Homes also tracked Google Trends and found search activity related to homebuying has also fallen. Searches for “real estate” had fallen by over 25 percent between March 9 and March 16, with “homes for sale” searches declining by almost half over the same period. “Houses for sale” decreased in popularity by approximately 40 percent by March 16, but there was a spike in searches around March 14, just before the crisis started hitting home for Canadians and the Canadian economy.

Shifting to 3D space, technology provider ShowingTime found that real estate showings in three provinces have dipped significantly. In Ontario, the average number of weekly showings started falling on March 13. By March 24, the average weekly number of showings had decreased by 28.8 percent.

In Alberta, showings began slowing on March 11. On March 24, the number of showings in the province had shrunk by 56.7 percent.

In Nova Scotia, the only other province being tracked by ShowingTime, showings began their decline on March 10. Two weeks later, their number had fallen by 38.9 percent.

Will a slightly quicker response among buyers in Alberta and Nova Scotia help limit the spread of COVID-19 more effectively than what’s being seen in Ontario? Probably not. But it does imply a level of seriousness that anyone living in Toronto, where groups of people are still meeting in parks and cars are buzzing along most roads – to where? someplace essential? – would find refreshing.