COVID-19: Try selling a Vancouver house in a pandemic 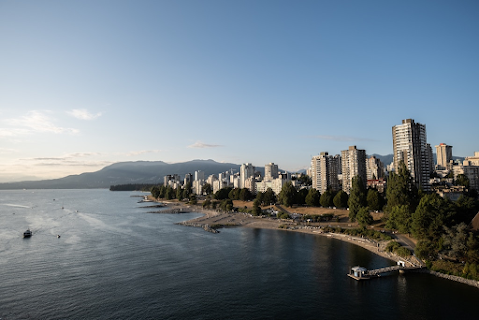 Couple decides to list Strathcona home after months of preparation.

In early April, Rosemary Bartram and Scott Plumbe decided to put their house on the market, in the midst of the worst pandemic in a century.

They had been preparing to put it up for sale this spring when COVID-19 hit. Rather than wait for the pandemic to pass, they decided to go ahead and list it, for $1.8 million.

“We had gone to the trouble to actually finish off the house,” said Bartram. “We got everything really tidy, and our garden looks really great right now, we have a really beautiful spring garden.”

“Towards the end of March everything was pretty much ready, so we thought, ‘We might as well go ahead,’ ” said Plumbe.

Their updated 1974 bungalow at 737 Keefer St. in Strathcona is in immaculate condition, spacious (2,100 square feet) and across the street from a park.

If it had been listed last fall it might have lured a couple-of-hundred people to an open house and sold in a week, like a nearby house at 644 Hawks Ave. that sold for $2.04 million on Nov. 25.

But open houses have been nixed during the pandemic, so now the only way to check out their home is on their realtor Rick Stonehouse’s website.

This Sunday, from 12:30-1 p.m., Stonehouse will be holding a “virtual” open house for 737 Keefer on the video-conferencing app Zoom.

“All the stuff is new, we’re trying to test stuff out,” said Stonehouse. “If it’s not long enough, we’ll do it a little longer. We did (a virtual open house) last week for half-an-hour and it seemed like an eternity.”

He laughs: “Walking around with a camera trying to keep something happening is a little bit different than sitting in an open house, waiting for people to walk in.”

Last week’s virtual open house was on Instagram, and attracted about 80 people.

“Mind you some were my friends, who were curious how it looked,” Stonehouse said. “But there was 20 or 25 realtors, and some other people I don’t know — I assume they were interested. This week will be a little bit more telling of how this works.”

Bartram and Plumbe have lived in their home for 15 years, and feel it’s time to move on.

“We have enough space here in the home, there’s not really an issue with that,” said Plumbe. “It’s more (that) 15 years is a long time in one place. At a certain point you want something a little different.”

Still, they’re not in any rush.

“The house may not sell for months, we’re aware of that,” said Bartram. “But we’re keeping that feeling of motion forward (by listing), rather than being in stasis. If you feel you’ve just made a decision and gone with something, it’s better psychologically than being, ‘We had all these plans and I cancelled them, along with our summer vacation and possibly a move.’

Besides, listing their home in a pandemic has been hassle-free.

“It’s a pretty low-stress thing to put the house on the market right now,” said Bartram. “It’s not like we can do any showings or anything like that. The house is technically on the market, but things are quiet. All we have to do is keep things tidy.”

Normally spring is one of the busiest times of year in real estate. But the coronavirus has had a huge impact on that.

“I would say (listings are) down under 50 per cent,” said Stonehouse. “(For) everybody, the real estate board in general.”

The key to selling is finding the right price. Stonehouse just sold a townhouse, twice.

“We’ve got a place up on Commercial Drive, a townhouse, at $1.2 million,” he said. “We’ve had two offers on it. The first one fell apart (because of financing problems). We re-listed it at exactly the same price and we got the second (offer) right away.”

Stonehouse expects there will be more listings coming up.

“People still have to move,” said Stonehouse. “We’ve got one client who works for the government and they’re moving him back to Ottawa, he has a job starting July 1. So they’ve got to move.”