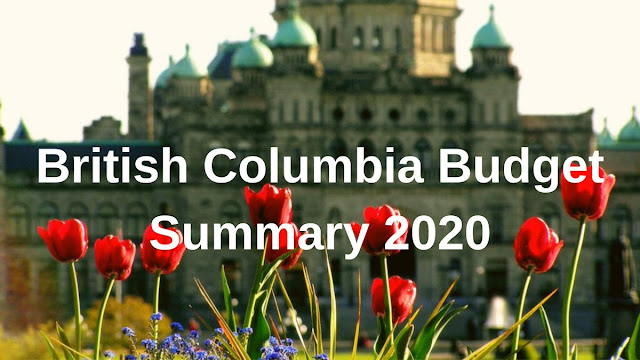 Tuesday’s provincial budget showed, in telling fashion, just how insecure our financial situation has become. In her budget for the year ahead, Finance Minister Carole James put the surplus at a mere $227 million, and $179 million for next year, representing a combined total of just $406 million.


On an overall revenue base of $60.6 billion, these are rock-bottom figures, signalling a serious deterioration in the province’s financial affairs. And James has no-one to blame but herself.
In the last two years of former premier Christy Clark’s Liberal regime, that government racked up combined surpluses totalling $3.45 billion. James inherited this strong position, and immediately spent it.


The economy is not to blame for such tiny surpluses. In 2020, B.C. is forecast to have the second highest economic growth rate of all the provinces, and the lowest rate of unemployment.
James will say she is investing the wealth she inherited. And there is some truth in this.


She announced spending of $2 billion over three years to improve child-care services.
Seven billion has been earmarked over 10 years to boost the supply of affordable housing, and several new hospitals and schools are coming on line.
Of course, as with any NDP government, there are tax increases. A new tax bracket has been introduced from the top one per cent of income earners, who already pay 15 per cent of all federal and provincial income taxes.
And the province is going to tax sweetened carbonated drinks, arguing that these contribute to poor dental health as well as obesity.
But let’s look more closely at the spending plan. James plays an old Ministry of Finance trick by announcing expenditures grossed up over several years to make the figures sound more impressive.
Fair enough. Everyone does it.
Yet behind the pumped-up numbers, the realities on the ground tell a different story.
Some patients at hospitals in Victoria are waiting as long as five years for varicose vein surgery.
Patients at Cowichan District Hospital may wait a year and a half for knee replacement surgery and more than a year for hip replacement surgery.
Some patients at Nanaimo Regional General Hospital wait almost a year and a half for dental surgery.
And across Island Health as a whole, while more than 85 per cent of MRI exams are supposed to be completed within the health authority’s target period, less than half actually meet that benchmark.
These are close to Third World conditions, and they are symptoms of a broader reality.
Although James’s government has ploughed some money into surgeries and MRI scans, we are nowhere near a satisfactory state of affairs.
The same is true in virtually every sector of the social safety net.
And the reason is that our governments will not set priorities. James’s budget speech is a litany of offerings for every good cause.
But in the meantime, the truly essential services are lagging further behind.
In reality, our provincial government, like others across Canada, is so overextended there is no room left to address real need.
And alarmingly, with our aging population, those needs are accelerating faster than government revenues are growing. Hence the ultra-thin surpluses that James is forecasting.
Then again, what happens when the economy takes a downturn? We know the answer to that. Mountains of debt.
The bottom line is that with this budget, and the two before, James has ignored a basic principle of government financing. In years of economic strength you build up surpluses to see you through the inevitable lean years that will lie ahead.
But the minister doesn’t get this. She notes in her speech that “the old practice of hoarding a surplus at the expense of people is over.”
This is exactly wrong. If you don’t “hoard” surpluses while you can, it is “people” who will pay when a downturn arrives. And those who pay most are those who are most vulnerable.