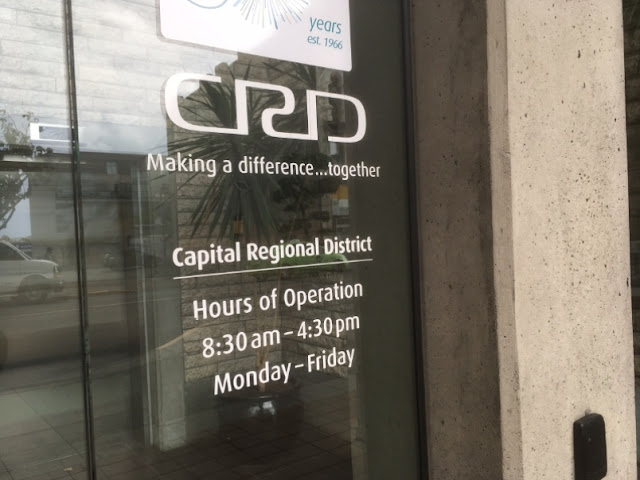 The Capital Regional District board approved a provisional budget Wednesday that calls for a 6.2 per cent increase in operational spending and the addition of 50 employees.

Homeowners will experience differing impacts depending on the municipality in which they live, but the district expects its annual haul from property taxes to jump by nearly eight per cent to $72.9 million.

The financial hit to homeowners will be softened somewhat by tax cuts from the Capital Regional Hospital District, which is beginning to reap the benefits of its deal with Island Health to build The Summit, a 320-bed seniors long-term care home at 955 Hillside Ave.

Colin Plant, who chairs the CRD board, defended the 6.2 per cent spending hike as affordable for taxpayers.

“We may get feedback from the public between now and March, but this board was not afraid that this budget would be the tipping point for people,” he said.

He noted as well that the tax impact will likely be reduced once the district receives revised assessment information.

“Everything makes life less affordable, but the services we’re providing give us the quality of life that make us want to live here,” he said.

District officials said most of the 50 additional employees are needed to staff the new core-area sewage treatment plant as well as a number of affordable housing projects.

The board, however, approved an additional $1.1 million, most of which — $925,000 — will be used to cover an annual shortfall needed to repair and replace trails, dams and other assets in regional parks. All of the money will come from property taxes.

“It will put the money into our park system that we need to put in, not in two years, not in three years, but right away, starting next year,” Victoria Mayor Lisa Helps said.

“I don’t know how any responsible board — and I know we all are taking this very seriously — would want to defer even one cent of that investment, given how much the residents in our region love our park system.”

View Royal Mayor David Screech agreed with Helps, noting that the core-area sewage treatment project has taken over the budget at the expense of other responsibilities.

“It’s consumed us,” he said. “We’ve been so concerned about keeping everything else down, because we know of the increases there, that other areas have suffered and we have to invest, especially in the parks.”

Meanwhile, capital spending is projected to decrease by 6.1 per cent to $360 million from $384 million, mostly because 2019 was the peak construction period for the sewage-treatment project. Major capital projects include $196 million for the final year of major construction on the sewage project, $70.6 million for affordable housing projects and $41.5 million for drinking water infrastructure.