Dan Fumano: 'Un-freaking-believable' as city lists suite for 'low-income families' on Craigslist at $2,850 a month 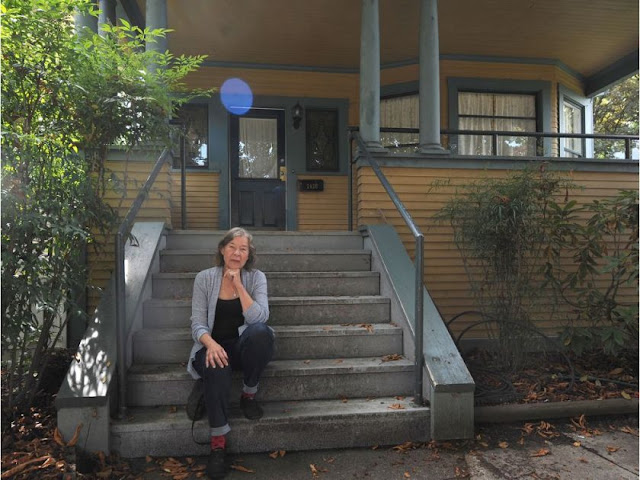 At $2,850 a month, the City of Vancouver-owned suite was a rent only affordable for those earning more than double the median household income for Vancouver renters. The ad has since been removed

Neighbours were stunned to learn recently that a city-owned property in the West End intended for affordable housing was advertised on Craigslist at a price decidedly unaffordable even for average renters, let alone the low-income families for whom the home was intended.
The three-bedroom suite, in a neighbourhood where such units are famously scarce, is part of a collection of homes purchased and renovated by the city, at taxpayer expense, decades ago to provide affordable homes for “low-income families” in the neighbourhood.
The unit in question had, for the last seven years, provided an affordable home for local teacher Danny Laufer, his spouse and their two children. When Laufer’s family moved out this year, they hoped a local family they knew would be able to move into the unit. That family, which has a boy and a girl, is currently living in a one-bedroom apartment in the West End, and would have jumped at the opportunity to move into a three-bedroom home in the neighbourhood that was actually affordable.
However, they were shocked to learn Laufer’s former unit was being advertised on Craigslist for $2,850 a month, far beyond what the hopeful family could afford.
So Laufer wrote a letter on Saturday, Aug. 17, to Vancouver’s mayor and council, also copying West End Coal Harbour MLA Spencer Chandra Herbert and provincial Housing Minister Selina Robinson, expressing his dismay that the city was “taking away precious family housing that exists, and replacing it with market rate housing that is not geared to families.”
“I just don’t get it,” Laufer said when reached by phone. “Everybody on council now ran on the platform of housing … What’s going on?”
As of the following Monday, the Craigslist ad was still online, but by last Tuesday it had been taken down.
But some neighbours are still angry about it, including Judy Graves, who lives across the street.
Graves, who worked for the city for 33 years until her retirement in 2013, worries about the policy shift that the Craigslist ad seems to represent. And she wants the city to publicly explain why and how that shift came about.
“There’s definitely been a policy shift, but I don’t know if council was informed of that policy shift,” said Graves, who previously served as Vancouver’s advocate for the homeless. “I think most people who are on the current council would understand immediately the amount of outrage that will be experienced by people in Vancouver, when they realize they paid for social housing that is now being rented out for top dollar, and families are being screwed.”
The property in question is part of the Barclay Heritage Square Residences, a group of six multi-storey, century-old houses that the city bought and converted, in the 1980s, into seven two-bedroom and 11 three-bedroom units, intended to provide housing for low-income families.
Using the Canada Mortgage and Housing Corporation’s definition of affordability — meaning a household spends no more than 30 per cent of its before-tax income on housing — a monthly rent of $2,850 would only be affordable for a household earning more than $110,000 a year. Vancouver certainly needs more three-bedroom homes that are affordable for families in that income bracket — a family with two public school teachers and two kids, for example, could afford that home.
But that’s certainly a far cry from the “low-income families” described as the Barclay residences’ intended residents in its provincial housing registry listing, considering a $110,00 household income is more than double the median household income for Vancouver renters, according to the city’s own stats.
The province’s registry describes the Barclay Heritage Square Residences as “low-rent units,” and says: “Preference is given to low-income families (two or more people, with minor children accompanied by one or two adults) who have lived in the West End for at least one year.”
The rationale for the city providing a housing option for renters already living in the West End, as Graves understood it, was so that families who had been displaced through no fault of their own — a renoviction or demoviction, for example — could remain in the neighbourhood and wouldn’t need to yank their kids out of school.
But the city, apparently, is looking to change the way these homes will be used in the future.
The city’s operating agreement with B.C. Housing for Barclay Heritage Square expires in October 2020, city spokeswoman Lauren Stasila said in an emailed statement, and the city is now “reviewing the rent structure that will address both affordability levels and the financial sustainability of Barclay Heritage Square as units become vacant.”
When Postmedia sent questions to the city last week about the Craigslist ad, Stasila replied: “This ad has been removed as staff conduct a financial analysis and review options that will address both affordability levels and the financial sustainability of Barclay Heritage Square in light of the pending expiry of the B.C. Housing Operating Agreement.”
“Staff are currently working with B.C. Housing on strategies to support the financial self-sustainability of Barclay Heritage Square once the operating agreement ends and operating subsidies terminate,” she said. “There are no other units currently renting at market rents.”
Graves learned about the Craigslist ad through a conversation in the dog park with one of the long-time Barclay Heritage Square residents. That resident did not want to be named publicly for fear of reprisal, but said she was “shocked” to learn the unit was being advertised at market rents.
“This ad went on Craigslist the same week the city announced some new below-market housing,” the resident said, referring to a housing funding announcement earlier this month in East Vancouver featuring the mayor, federal housing minister and other politicians posing for photos in front of a construction site. “That housing is still a few years out (from being constructed and occupied), and in the meantime, you’re going to deplete the stock of non-market housing?
“It’s un-freaking-believable,” she said.
In the meantime, that three-bedroom home remains empty at the Barclay residences, Stasila said, “while staff are reviewing the rent structure.”
dfumano@postmedia.com
twitter.com/fumano