Governments keep promising to make life more ‘affordable,’ but they’re doing the opposite 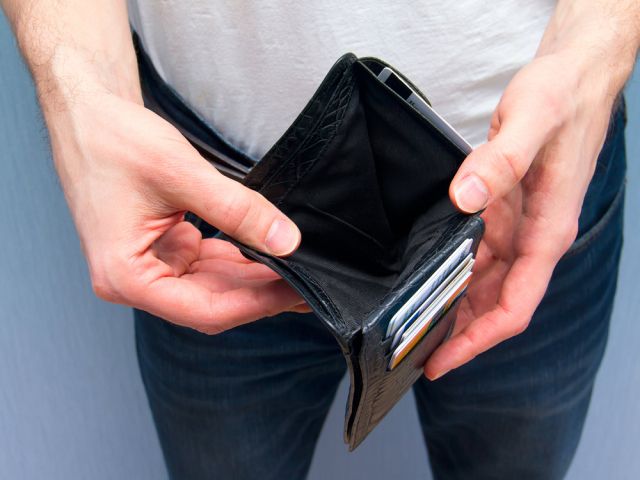 In an interview with Reason magazine in 1980, Thomas Sowell remarked that the way to get rid of poverty was “to hold a meeting of all the leading experts on poverty somewhere in the middle of the Pacific and not let them go home for 10 years.” Having relieved society of their counterproductive suggestions, “when they came back, they would discover there was no more poverty.”
A parallel thought might occur to those who have seen recent federal and provincial government budgets, that the best way to improve the affordability of goods and services would be to similarly exile to distant islands all those in the employment of government whose jobs it is to design and administer programs that allegedly make life more affordable.
A search of the latest federal budget, tabled last month, finds the words “affordable” and “affordability” a combined 122 times. Include the 160-page accompanying gender analysis of the budget, and the count goes up to 149 instances. Similarly, “making life more affordable” through such things as higher subsidies for child care and post-secondary education was a primary theme of the British Columbia budget, tabled in February.
But the evidence is clear that government does not make things more affordable. American economist Mark Perry observed in a recent analysis of price patterns that “the greater (lower) the degree of government involvement in the provision of a good or service the greater (lower) the price increases (decreases) over time.” (The words he puts in brackets mean the contrary is also true: Less government involvement results in lower prices.) 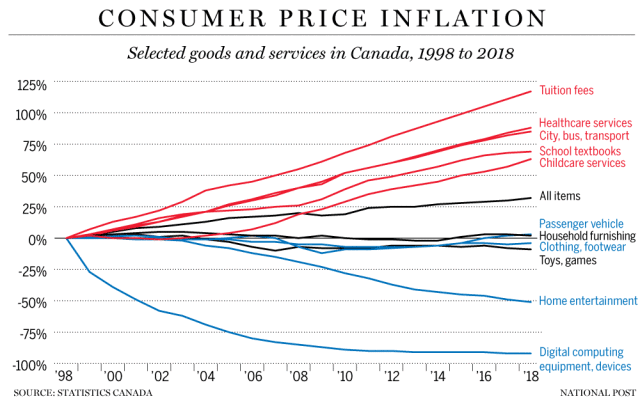 Consider the Consumer Price Index for goods and services in Canada from 1998 to 2018, during which the average price inflation for all items was 46 per cent. Prices rose much faster in areas where government regulation and subsidies were heaviest. Tuition fees, for example, increased in price by 117 per cent. Price inflation was 88 per cent for health-care services and 63 per cent for child-care services.
Why does government involvement raise prices? First, it is often the case — with tuition fees being the best example — that suppliers will ramp up costs because a third party (the taxpayer, not the consumer) pays most of the bill. About half of university and college revenues in Canada come from taxpayers, students’ fees account for only a quarter, and the remaining revenues are from donations and other sources.
Second, areas that are relatively free from government regulation and “protection” are most open to competition, which drives prices down and quality up as firms innovate and compete to attract customers. In absence of government protection, those firms that consumers judge inadequate at improving both affordability and quality suffer economic losses and are driven out of business. This reality shatters the myth that, by forgoing profit, government provides goods and services more affordably than for-profit businesses do.
Defenders of government interference in markets might argue that the reason tuition fees and child care have become more expensive while computers and clothing have become cheaper is that services rise in price faster than goods. Yet the discrepancy in price inflation between services and goods is largely due to bad government policy.
Provincial governments have raised the prices of services by sharply increasing minimum wages; thankfully, governments do not tend to impose price floors on goods. Occupational licensing and restrictions on immigration and foreign workers means less competition in the labour market, whereas goods move much more easily across borders.
The best way to make life more affordable? Eliminate from government budgets the programs and regulations purporting to improve affordability, remove from the government payroll those tasked with designing and administering such policies, and use the money to cut taxes.
Matthew Lau is a Toronto writer.