The Speculation and Vacancy Tax – What the government isn’t saying 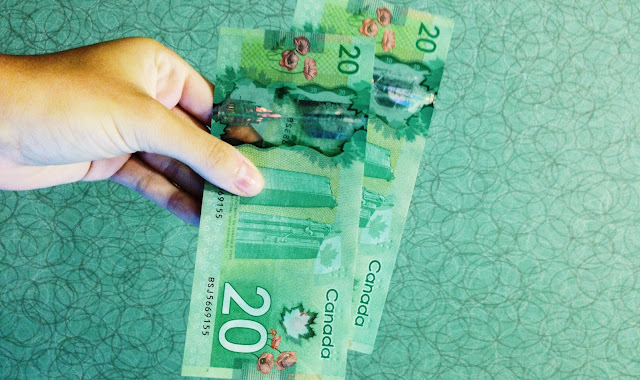 On November 27, 2018, the speculation tax was passed in B.C. to, in the government’s words “target speculators who own residences in B.C. but don’t pay taxes here, turn empty homes into good housing for people, and raise revenue that will directly support affordable housing.”

The pitch to the public was that this tax would aid in tackling the housing crises in major urban centers in British Columbia and make housing more affordable for people in our province.

The government also claimed that over 99% of British Columbians would be exempt from the tax.

So far so good?

Well in realty the impact of The Speculation and Vacancy Tax is not exactly as advertised. Below are but a few of the issues that government neglected to include in its marketing materials:
What are Speculators?

The term “speculation” is normally a pejorative description of the dubious practice of trying to make a quick buck on a venture while not contributing any long term value for anyone else.

It would seem that the BC government thinks that anyone who owns a property that is neither occupied by themselves or rented out is a speculator –and hence, should be punished by a hefty tax penalty.
Renting your property for 6 months is not as easy as you might think.

To avoid the tax penalty an owner has to occupy the property as his principal residence or rent it out for at least six months of the year. The implied assumption is that it is entirely possible to rent one’s property out for this minimum period of time and thus, be in compliance with the Act.

Firstly, who rents a residential property for just six months? Most renters want a place to live for the indefinite future, which is usually measured in years, not months.

Secondly, even if you can find someone who agrees to rent for six months, recent changes to the Residential Tenancy Act (RTA) have now made a term lease very difficult to terminate. The amendments to the RTA prohibit landlords from ending fixed term tenancy agreements when they expire except in very limited circumstances. Therefore, your tenant is under no legal obligation to vacate the premises at the end of the fixed term!

Unless the tenant agrees to vacate, the tenancy will continue on a month to month basis and there is little the Landlord can do to terminate it thereafter except to move into the property (or have a family member move in), extensively renovate the property such that it’s not possible to live in during the renovations or sell it.
The Act is retroactive to January 1, 2018

Instead of making this tax prospective so that people could have arranged their affairs accordingly, the government made this tax retroactive to January 1, 2018. The act was passed in late November when it was too late for people to bring their properties into compliance with the Act.

This is incredibly disingenuous on the government’s part.

In addition, any form of retroactive legislation is generally considered bad tax policy.

As a marketing ploy the government generously allowed everyone a “tax break” to the lowest tax rate of one half of one percent of the assessed values of their properties. I am sure that the people affected are thrilled to be stuck with an extra tax bill (i.e. on a million dollar property that’s an extra $5,000 on top of the owner’s normal property taxes!)

The fact that the government made the tax retroactive is evidence that that the Speculation and Vacancy Tax is a tax grab –the NDP just couldn’t resist legally pilfering that extra .5% for 2018 from unsuspecting property owners.
Non-arm’s length Tenancies for Foreign Owners and their unreasonable requirements

The law states that for non-arm’s length tenancies there is no need for a lease/tenancy agreement or for any rent to be paid. However, if the owner is a foreign owner then the tenant must meet other requirements for the owner to be exempt. The tenant must:

– Be a Canadian citizen or permanent resident;

– Be a resident of B.C. for income tax purposes at the end of the last day of the calendar year;

– Not be a member of a satellite family; and

– Have a B.C. income for the calendar year that is equal to or greater than three times the annual fair market rent for the entire residential property.

Furthermore, even if the tenant is non-arm’s length how are landlords going to get their tenants to disclose their annual income? Clearly the government did not think about how this act would interact with privacy legislation.

Moreover, without the requirement of a lease or rent obligations if the government were to audit a filed Spec Tax Declaration, how does the owner prove that there was someone living in the property? I recently posed just this question to the Speculation and Vacancy Tax department and the answer I received was “that is a question for the Audit and Compliance team, which by the way hasn’t even been formed yet.”

Clearly the government sought to rush this piece of legislation through Parliament without considering the implications or how they were going to enforce it.
Issues in Estate Planning

A common estate planning method is to have children or other family members registered as joint tenants on title of the property to avoid probate fees when the elder joint tenant (usually the parent) dies. However, the Speculation and Vacancy Tax, unlike the Empty Homes tax is applicable to all owners of the property and its applicability depends on each owner’s use of the property, not just that of the person in possession.

Thus, having one’s child as a co-owner of the property without living in it may have adverse tax implications. For instance, if the child is a foreign owner and the parent does not meet the above requirements (e.g. doesn’t make the requisite amount of income), the child could be subject to the tax, thereby eliminating the advantages of avoiding probate fees.

This again leads to the same question. If someone is living in the property why should it be subject to tax?
Erosion of Property Rights

As long as your use of your house or condo is not illegal, why should the government be able to tell you what you can do with it?

Fee simple title, which is the highest form of ownership available in common law countries, is being eroded by laws such as The Speculation and Vacancy Tax and the Empty Homes Tax which require rental of properties not otherwise occupied as principal residences.

Failure to comply with such laws will result in a 1% property tax on the property in Vancouver AND a fine of up to $10,000 a day if a false declaration is made. Does that fine strike you as a bit much?

The Speculation and Vacancy Tax will add a further 2% tax if you are a foreign owner and 0.5 if you are a Canadian citizen or BC resident, for failure to comply with its rules (and to add insult to injury, it applies in Vancouver as well!) So for example, let’s look at a high end condo in the Shaw Tower in Vancouver where a “speculator” has owned the property for 15 years, but doesn’t live in it for more than six months each year. With an assessed value of $4,000,000, the owner would have to pay an extra $40,000 in taxes to the city of Vancouver and an additional $80,000 in taxes to the BC government.

If such taxes only applied to foreign owners, one could justify the tax grab on the basis that arguably, foreign capital has driven up the price of BC real estate, so foreign owners should foot the bills.

However, these taxes are applicable to any owners including Canadian citizens and BC residents.

This is clearly an unwarranted infringement on one’s ownership rights.
As usual, the unproven hypothesis is that the “many thousands” of vacant homes and apartments are the culprits and if the government could only get them occupied the housing problem would be ameliorated.

With all due respect, that is wishful thinking.

With some 50,000 people a year moving to the Lower Mainland, even mandating occupancy for every otherwise unoccupied house or condo in BC won’t even make a dent in the housing shortage –but it will create two more expensive bureaucracies and further siphon off people’s hard earned incomes.
What about raising revenue to support affordable housing?

The government estimates that the tax will raise about $200M in revenue.

Even if the cost of running the bureaucracy needed to administer this program was zero (which it clearly will not be), $200M is a drop in the bucket when it comes to building more affordable housing. That’s basically the cost of one large high rise condo development.

Furthermore, I did not notice in any articles or press releases that the $200M would be specifically ear marked for affordable housing, so one can only assume that this revenue, like all government levies will go into GENERAL REVENUE of the Province of BC, to be used for whatever project of the day that government deems most expedient.*
SUMMARY

The BC Speculation and Vacancy Tax will fall far short in terms of achieving its stated policy goals.

Unfortunately, that is not relevant. These “virtue-signaling” taxes are supposed to make tax payers feel good about paying them –whether they work or not.

*PST (provincial sales tax) is generally levied on goods sold in BC, however in 1992 Premier Glen Clark amended the law to allow the government to tax legal services under this legislation –ostensibly to fund the provincial legal aid plan, a worthwhile cause which is perpetually short of money.

However rather than using the money to fund legal aid, both the province’s political parties have used the levy to siphon money into general revenue rather than earmarking the funds collected by lawyers for much-needed legal aid and other justice-related services.

The government is pocketing more than $140 million a year while spending only about $80 million on legal aid when the courts are overflowing with the unrepresented litigants who can’t afford lawyers and don’t qualify for legal aid.

DISCLAIMER: The foregoing is not legal advice and is presented for information purposes only. The Speculation and Vacancy Tax has already been changed several times since its recent passage only months ago so it is suggested that readers of this material should consult with their own legal counsel before making a decision based on this legislation.
For information about this please feel free to contact  Kenneth Pazder or Melissa Valana at 604-682-1509.