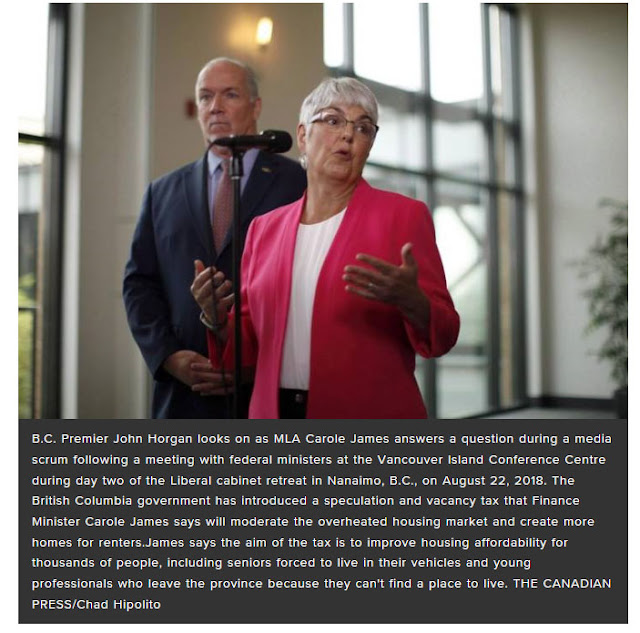 A UBC professor is confused and frustrated after being hit with BC’s new speculation and vacancy tax on a home he lives in almost every weekend.


Dr. Stanley Coren and his wife split their time between two homes in Vancouver and Chilliwack. They bought a small patch of land in Chilliwack in 1991 to get away from the city and head out there without fail almost every weekend.
In fact, Coren estimates that he spent 48 out of 52 weekends in Chilliwack last year. His wife is there even more frequently.
“It’s become an integral part of our lives. We’re part of the community out there. The neighbours all know us, and we know them, and interact with their kids and that sort of thing,” Coren said.
“For my wife, it’s vital to her existence, and keeping her happy is vital to mine.”
When they first bought the property 27 years ago, there was just a shack on the premises, and not enough farmland to actually farm. They lived part-time in that shack until they decided to build a new house.
Now, it seems they’ll have to pay the Speculation and Vacancy Tax for the property because, in spite of how much time they spend there, it’s not their primary residence.
Coren called the BC government’s hotline for people with questions about the speculation tax. There, he was passed along between staff members who eventually told him there was no exemption that could cover his situation.
When he asked if there was anything else he could do, a staff member told him he had two options: pay the tax, or file an appeal with the Minister.
He was told the directions for filing an appeal could be found in Bill 45 itself, the document that implemented the tax.
Coren is a professor emeritus of psychology at UBC — but he said the legal jargon he has to sift through in that document is near incomprehensible, even to someone who’s educated.
“I’ve got a PhD, but I’m not a lawyer. And I couldn’t make heads or tails out of the appeals process.”
He said after looking at that document, it wasn’t clear which minister he would even be appealing to, let alone how to do it.
“They definitely have to make it clearer,” Coren said.
“But they also owe us some explanation as to why it is the case that a property which has been owned for a quarter of a century, and has been occupied and used for all that time, has been suddenly declared part of speculation and vacant. That doesn’t make any sense.”
Coren said he understands the need for a tax that targets property speculation, and he can get behind empty homes being taxed. But he said that’s not the case for his home in Chilliwack. He said the fact that there’s no exemption for people like he and his wife makes him think the tax is targeting the wrong type of person.
“Here’s a group of people who were lucky enough in their life to be able to get a vacation property before, you know, everything went crazy. And so they’ll take the money from us,” said Coren.
He and his wife are retired now, and he said the tax will take a hit on their finances.
Global News reached out to Finance Minister Carole James for comment.
“Homeowners with multiple homes can simply rent them out as homes for people to be exempt,” James’ office said in an emailed statement.
“Appeals are available to homeowners who think the SVT has been incorrectly assessed. A written notice of appeal must be provided within 90 days after the date of the Notice of Assessment.”
James’ office did not say whether there are any resources as to what information homeowners need to include in written appeals, or to where they should be addressed.