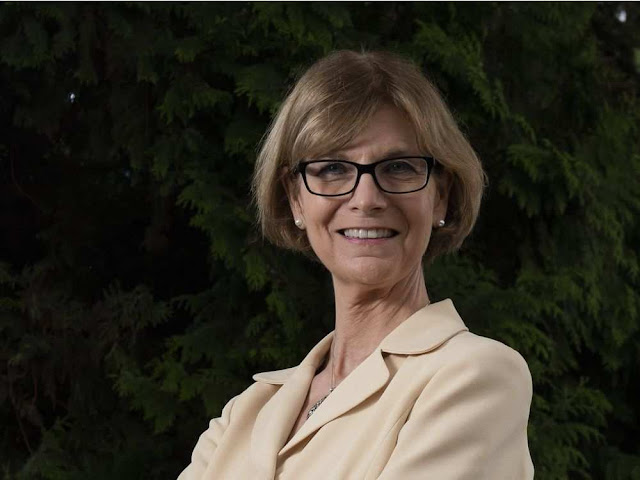 The number of seniors in B.C. who deferred their property taxes in 2017-18 has grown by 53 per cent in four years, according to a report by seniors advocate Isobel Mackenzie.

Mackenzie described the increase in property tax deferral as “dramatic.”

She pointed out that 81 per cent of seniors are homeowners. Mackenzie believes the money saved by deferring taxes is being used by seniors to support themselves and maintain their independence in their own homes.

“I’m hopeful the reason we’re seeing this is that seniors recognize that they can use it to hire more help around the house,” she said. “It is very cost-effective. It is a very good program.” 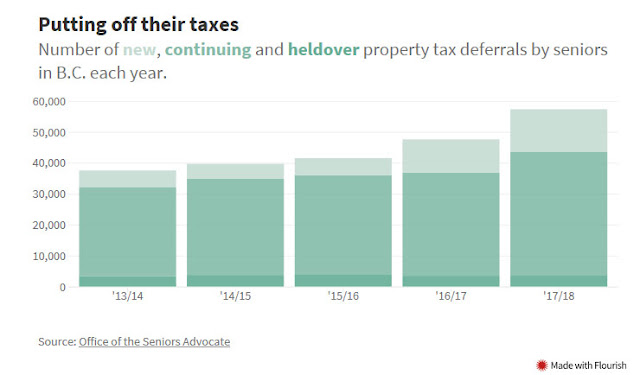 Numbers showing the increase in property-tax deferral were found in Monitoring Seniors Services 2018, an annual report that gives a snapshot of the state of services and supports for seniors in B.C.

In all of B.C., the average amount deferred in the same period was $3,987 on an assessed value of $1.2 million; the average accumulated amount of deferred taxes was $19,752.

The property-tax deferment program is open to an eligible homeowner aged 55 and older, as well as their surviving spouses and persons with disabilities. The program started in 1974 and recorded $1.1 billion in deferred taxes to the end of October last year.

Deferred taxes are payable once the property is sold. Last year, the amount of tax deferrals repaid to the province decreased by 11 per cent ($72.5 million), the first drop in five years.

Mackenzie said the program is meant to pay for itself over time. She thinks it’s such an effective program that it should be expanded to include other senior expenses such as B.C. Hydro.

Susan Ogul-Propas is a volunteer with the 411 Seniors Centre in Vancouver who has worked helping mostly low-income seniors complete their income tax for the past 14 years. Of the limited number of home-owning seniors she helped at the centre, all deferred their taxes, she said.

Her principal residence is in Gibsons.

“People have said to me, ‘Why don’t you defer your property taxes?’ I say because I don’t need to do that. I’m financially able to pay my taxes,” she said by phone.

But that’s not the case for all seniors. Even retired professionals in Vancouver without a pension often can’t pay taxes as well as all the other expenses associated with a house because of the dramatic increases in property taxes, she said.

“I know from a financial point of view it makes sense to defer your property taxes because the interest they charge is so little and it’s not compounded,” she said.

Seniors in their 80s may be reluctant to defer taxes because of memories of growing up during the Great Depression and never owing a penny, she said. For others, it may be because they’re worried about saddling their children with a big bill.

“My response is if the house is worth $3 million and they have to pay $100,000 in taxes, it’s no big deal for you to live a better and healthier life,” Ogul-Propas said.

Other highlights from Monitoring Seniors Services 2018 include:

• Rent subsidies for low-income seniors under the Shelter Aid for Elderly Renters (SAFER) program increased by seven per cent to 22,956, but the amount paid grew by 34 per cent to $71 million.

• The percentage of seniors admitted to care facilities within 30 days increased to 71 per cent, a jump of 16 per cent compared with the previous year. The highest was 90 per cent in Vancouver, to a low of 45 per cent on Vancouver Island.

• First Link, a support program for people with dementia operated by the Alzheimer Society of B.C., saw an increase of 10 per cent to 15,922 active clients.