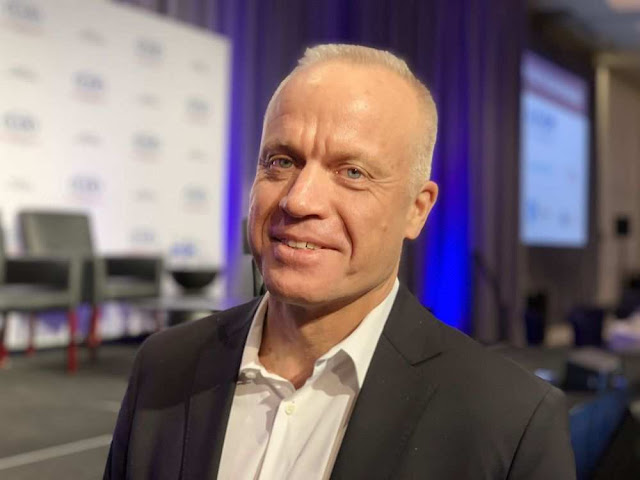 During the Urban Development Institute's "2019 forecast" luncheon, a panel of experts argued that government efforts to increase affordability through taxation just won't work.

They had no crystal balls or tarot cards, but B.C. developers still predicted Thursday that people hoping for “the housing bubble to burst” in 2019 will be disappointed.

During the Urban Development Institute’s 2019 real-estate forecast luncheon, attended by about 1,150 people with interests in the industry in B.C., a panel of experts argued that government efforts to increase affordability through new taxes targeting property owners just won’t work.

“On the one hand, we live in one of the finest places in the world, with great physical geography and diverse culture, tolerant, prosperous, nestled in our great Canadian utopia, (with) free speech, a functioning economy, property rights, and due process and the rule of law,” he said.

Those positive attributes, along with steady job growth and low unemployment rates, attract people from around the globe, where there are less compelling prospects for a happy life, Carlson said. He mentioned the 310,000 immigrants who came to Canada in 2018, a number expected to rise in 2019.

But with an average of 15,000 to 20,000 new households forming each year in Metro Vancouver, the market needs to deliver that many housing units, he said.

The supply side is struggling to build in order to curtail low vacancy rates for multi-family rentals and office, retail and industrial space, but land is scarce and expensive, and design, development and approval processes are cumbersome, he added.
“These trends will continue, with rents growing at least at the rate of inflation or higher, other than multi-family where they’ve now hit the rate of inflation,” he predicted.

“Accordingly, sales volumes are down — and this has been loudly publicized in big headlines — pricing is down slightly,” he said. “Many in the community are eager for the bubble to burst and a correction to occur, but it’s inaccurate to generalize about this. … There’s just no bubble.”

Carlson said he believes big, expensive houses will still adjust more, but he expects price declines to dissipate and then possibly reverse by the end of 2019, when foreign buyers reach their limit with taxation.

“The domestic demand will take its place at new price levels and grow from there,” he said. “In other words, it’s kind of a one-time reset, a one- to two-year adjustment.”

“Since those peaks, the market has been self-correcting without the need for government intervention, but the slew of new taxes on housing and the federally enacted mortgage stress test have amplified the slowdown, with many consumers now adopting a wait-and-see attitude,” he said.

He expects housing-market activity to remain slow for the first half of 2019, with the single-family market experiencing further price corrections.

“And I honestly believe this is a good thing,” he said. “If any market was overshot, it was the high-end single-family sector, and these price adjustments were long overdue and, quite frankly, necessary before the market can move forward again.”

“2019 will be the year of a reset in the multi-family sector,” he said. “Developers looking for successful launches will have need to offer new homes at reset prices, sacrificing profit margins to obtain sales velocities and satisfy banking pre-sale requirements.”

Chrystal expects more smaller, inexperienced builders to “get into trouble” in 2019 when they struggle to find suitable financing while facing higher construction costs, pointing to cancelled projects in 2018 and one project in which the developer asked buyers for more money to ensure completion.

Demand for residential land will slow significantly due to prices surpassing the point at which deals are being cancelled, he predicts. Lower sales prices, new taxes and higher construction costs won’t justify current prices, he added.

But Chrystal said smart buyers have four reasons to make a purchase in 2019. He said builders needing to move homes through pre-sales will be introducing incentives and cutting prices well below 2018 peaks, low five-year mortgage rates can still be found and hikes are unlikely in 2019, “the next wave of buyers are coming” with increased immigration, and the regional economy is doing well with positive job growth and low unemployment.

Chrystal said he is “reasonably optimistic” but affordability will remain a concern, and he believes with demand outstripping supply, more housing is required, so governments need to focus on densification, relaxing building heights and expediting approval processes.

Todd Yuen, president of industrial development for Beedie, said demand is also outstripping supply for the industrial market, where businesses are struggling to find suitable locations to set up shop.

“We are forecasting this trend to continue because the reality is there is no material solution coming down our pipeline anytime soon,” he said.

Yuen said 2018 brought record-level pricing to industrial land values and while he doesn’t expect a fall-off, largely due to scarcity, he believes pricing will level off because buyers have reached the limit of what they’ll spend here.

He doesn’t believe this will change until government revisits its policies, including” the agricultural land reserve.

“2019 is going to be another strong year and while common sense may tell you, given the economic headwinds that we’re seeing nationally, North America-wide and throughout the world, that perhaps we could be heading for a bit of a slowdown or a pause in the Metro Vancouver industrial market … we do not believe that 2019 will be that year,” he said.