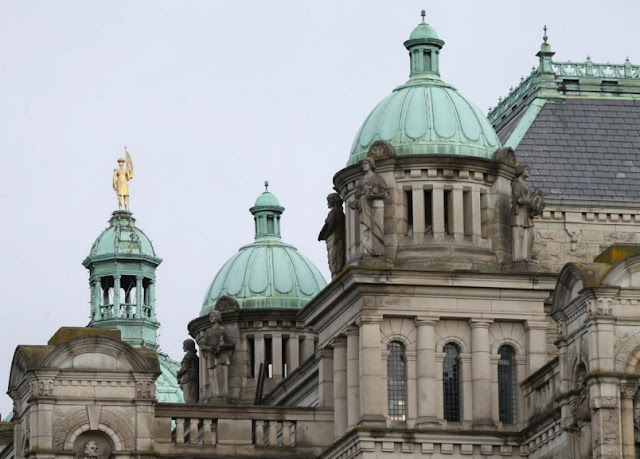 
A total of 1.43 million people voted, which represents a 42.6 per cent return.
The referendum asked B.C. voters if they preferred the current first-past-the-post electoral system or a form of proportional representation for the next election, set for 2021.


Bill Tieleman, co-founder of the No B.C. Prop Rep Society, said his group has said all along that proportional representation is “complicated and confusing.”
“We said that it was a risky idea for British Columbia,” he said. “And voters overwhelmingly agreed with us for the second time in nine years.” Single transferable vote, a form of proportional representation was turned down by B.C. voters in 2005 and 2009


“We said this was an unnecessary referendum, that British Columbians had already spoken,” Tieleman said.
Tieleman said that the NDP and the Green Party thought otherwise. “Now we know that voters were right again.”
He said he doesn’t expect more activity on the issue.
“I think this is the end of the line for proportional representation,” Tieleman said. “I think those who genuinely want to improve our democracy need to look for other ways to do so other than the electoral system.”
Proportional representation got majority support to varying degrees in all seven Greater Victoria ridings except Saanich South. They were among only 12 of the 87 ridings in B.C. that supported it.
Victoria-Beacon Hill endorsed it by the biggest margin in B.C., with the support of 66 per cent of voters.
Premier John Horgan’s riding of Langford-Juan de Fuca supported it by a thin margin of 51-49.
At a press conference, B.C. Green Party Leader Andrew Weaver rejected the notion that the failure of proportional representation means B.C. Greens will remain a fringe party. “The B.C. Greens have not been, nor have they ever been, a fringe party,” he said, saying the fact that the party won 17 per cent of the popular vote in the last election shows that it’s one of the three main parties in B.C.
Weaver said many of the government’s initiatives, such as banning large political donations and the Clean B.C. climate change actions, were influenced by the B.C. Green Party.
He said electoral reform is not about power. “We are not here playing House of Cards politics to try to get into power.”
Deputy Premier and Finance Minister Carole James said she’s not worried about the B.C. Greens pulling the plug on the confidence and supply agreement that props up the minority NDP government. She said the two parties will continue to co-operate.
In a statement, Premier John Horgan thanked Elections B.C. and those who took part in the referendum.
“This year, British Columbians participated in an important conversation about the future of our democracy. People took part in the largest public engagement in B.C.'s history and gathered in communities around B.C. for town halls and discussions about how we vote in our province," he said.
"British Columbians have now spoken and chosen to stick with the current voting system. This referendum was held because we believe that this decision needed to be up to people, not politicians. While many people, myself included, are disappointed in the outcome, we respect people's decision."
B.C. Liberal Leader Andrew Wilkinson said the vote demonstrated "the power of democracy as millions of British Columbians sent a clear message to the NDP and Greens that their self-serving referendum was not going to be tolerated.”
Wilkinson said the process was flawed from the beginning and “the NDP stacked the deck to satisfy the Green Party and remain in power. This was never been about improving our democracy, it was always about power and control."
"The rejection of proportional representation by the people of British Columbia demonstrates a clear desire to keep political power in the hands of voters."
B.C. Federation of Labour president Laird Cronk said the federation is disappointed by the results because the current system, in which 40 per cent of the votes give a political party 100 per cent of the power, is not friendly to working people.
“But,” Cronk said, “the months-long debate about how to make our voting system more democratic and ensure that every vote counts has been mostly positive and a healthy outcome of the process. It’s been an important conversation to have. Governments matter, and which political party holds power can have dramatically positive, or more frequently, negative impact on the lives of working people.”
It's the third time the idea of using proportional representation has failed in a referendum.
In 2005, about 57 per cent of ballots were cast in favour of proportional representation, which did not meet the threshold of 60 per cent to make it binding on the government.
Four years later, 61 per cent voted in favour of first past the post.
The latest referendum is binding and the winner was declared by a simple majority of votes cast.