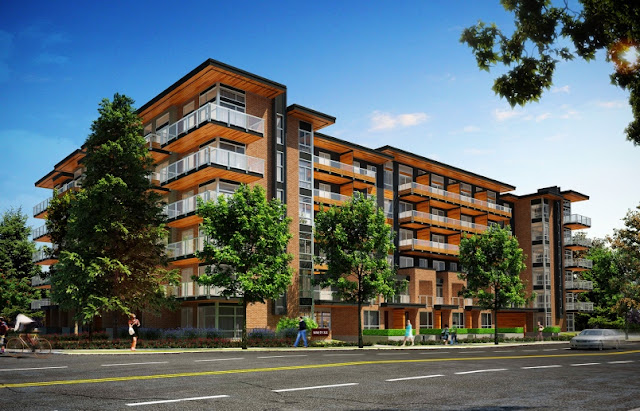 
More than 12,000 new rental units under development would be at risk of cancellation if the oft-mooted “vacancy control” mechanism were to be implemented, according to a new Urban Development Institute (UDI) survey released November 21.


Vacancy control is a form of rent control that is linked to a unit rather than a tenant – meaning that the landlord would be restricted in the amount they could raise the rent between tenancies. As of 2019, rent control has been capped at the inflation rate, set at 2.5 per cent, which means B.C. landlords can only raise rents by 2.5 per cent for sitting tenants.
However, currently landlords may raise the rent by however much they wish between rental leases, which has prompted calls for a vacancy control system tying rental increase caps to the unit. Tenants' right advocates such as Vancouver's COPE councllor Jean Swanson have argued that vacancy control is essential to prevent renovictions and stop landlords jacking up rents between tenancies. Such concerns are being heard by the B.C. Rental Housing Taskforce, which is set to release its next set of recommended changes to the Tenancy Act on November 30. The possibility of imminent changes prompted the UDI to survey its members on the outcome of a vacancy control.


The UDI found that thirty of B.C.’s major rental home builders were strongly against the introduction of “vacancy control” over fears that would make building new projects unviable, and therefore dramatically reduce supply. With respondents reporting 19,972 rental homes currently in development, the survey found that 12,631 of those would be at risk of delay or outright cancellation if vacancy control were implemented. This would reduce the already low vacancy rate, said the UDI, which is below one per cent in a number of communities across the province.


“British Columbians desperately need more rental homes,” said Anne McMullin, UDI Pacific Region president and CEO. “Rental home builders agreed that vacancy control would be the death knell for rental home construction. This is not the time for new restrictions that could result in the cancellation of important rental home projects in communities across British Columbia.”
In addition to making new projects financially unviable, a vacancy control that restricts rental price uplift between tenancies could result in units and buildings not being maintained properly, according to the UDI. McMullin added, “If strict limits are placed on rent, building owners simply won’t be able to afford upgraded elevators, new appliances or replaced carpets. Buildings will fall into disrepair and that’s not what British Columbians deserve.”
Rental housing needed in emerging areas
The survey release comes on opening day of the new 146-unit rental building FUSION in Surrey, which is Surrey’s first purpose-built rental building in more than 30 years. Janai York, sales and marketing director at developer WestStone Group, said that new purpose-built rental housing is needed now more than ever.
York told Glacier Media, “Particularly in emerging areas, like in Surrey’s technology district where FUSION is, there’s a lot of companies moving in and offering jobs, and a lot of people moving in from outside the area. They might not want to buy right away and you have to supply a rental option. At FUSION we have people who are moving from the Prairies and from back east who are RCMP officers and nurses taking local jobs.”
York said that new rental projects depend on being financially viable through the life of the building. “As a developer, we always look at the viability of a project to assess what type of project it will be, whether mixed-use, rental or market condos. When we start looking at the long-term impact of not being able to keep up with the costs of maintenance, suddenly the viability of doing rentals changes, because it’s much riskier. So then you have to decide perhaps not to do that, perhaps do a for-sale-to-market building instead. We have to take all of those things into consideration.”
The UDI survey also asked its members what other factors are inhibiting the building of new rental apartments. Responses included rapidly rising construction costs, increasing interest rates and taxes, and lengthy municipal approval processes.
Dr. Andrey Pavlov, finance professor at Simon Fraser University’s Beedie School of Business, said, “We need to remove the countless government barriers to increasing supply. Rent controls feel good for the moment, but hurt everyone, including renters, in the long-term.”