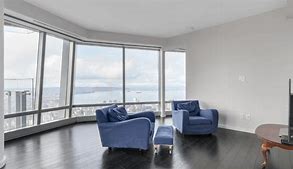 Data suggests few people were looking to make a quick buck in Vancouver, where prices almost doubled in 10 years

Condo flipping was never pervasive in the Vancouver and Toronto housing booms and that sliver of the market has faded over time, suggesting tougher measures to curb speculators won’t make those cities more affordable.
Just 3.4 per cent of Vancouver condominiums sold between April and June were units that had already been sold over the previous year, according to data compiled by Bloomberg from Teranet Inc.’s land and housing registry. The share of “paired sales” is close to the 2.9 per cent average over the last 12 months, and the rate has steadily declined from a decade ago when it topped 6 per cent.
Paired-sales data can be used to measure flipping, the speculative practice of quickly selling a property to profit from escalating prices. The proportion has also fallen in Toronto, where it was 1.7 per cent in the second quarter, down from 5 per cent before the global financial crisis.
The Teranet data provides insight into markets where domestic and foreign speculators were often blamed for driving prices out of reach for ordinary buyers. The paired sales rate did spike in Vancouver’s condo market in March 2016, when about 5 per cent of transactions were resales made within one year. Prices in the city were rising an average of 5 per cent per month at the time, prompting the province to crack down by introducing a 15 per cent tax on foreign buyers.
Looking at full-year data, the share of flipped condos never exceeded 5 per cent in the past decade. That suggests few people were looking to make a quick buck in a city where prices almost doubled in 10 years.

Instead, it’s more likely that fundamentals such as weak growth in housing supply and rising populations that create new demand caused Vancouver’s rapid price gains, not speculators.
One reason speculation has been modest could be that transaction costs — like lawyers, broker fees and taxes — are blunting the potential for easy profits from big price gains.
This year’s housing slowdown is a major reason why flipping a condo has become even less attractive, said Steve Saretsky, a realtor who runs the Vancity Condo Guide blog. Vancouver apartment prices have fallen 3.1 per cent over the last three months, according to the city’s real estate board. “As soon as they stop rising you get into a number of issues,” Saretsky said in a phone interview. “Are you really going to try to flip it in a down market? There’s no profit to be made.”
Even outside of condos the evidence of flipping in the Pacific coast city is sparse. For other properties the share of paired sales averaged 2.8 per cent over the last five years. It exceeded 4 per cent in the winter of 2016 and the summer of 2017.
Speculators are even less active in Toronto. The flip rate for condos there peaked at just under 4 per cent in April 2016. As Toronto announced new regulations on foreign buyers in April 2017, paired sales reached a record low of around 1.1 per cent, and in June of this year represented just 1.8 per cent of condo sales.
Condo flipping “has always been a very rare occurrence,” and even many short-term sales are influenced by a sudden job change, according to Christopher Alexander, regional director for Ontario at Re/Max Integra in Toronto. “Most people buy real estate to hang onto it for at least five to seven years.”
*Note: Seasonally adjusted, 3-month moving averages