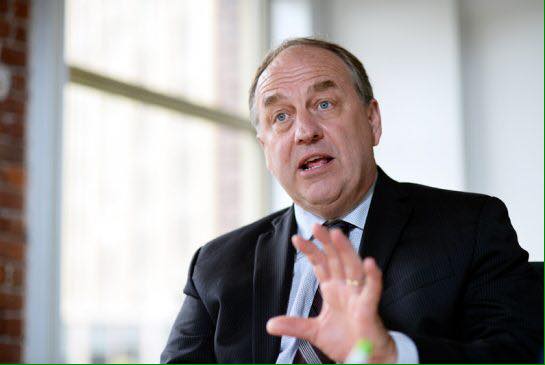 Weaver outlines how he'd change NDP speculation tax Andrew Weaver wants the tax to exempt Canadians. And he wants municipalities to be allowed to opt out in favour of their own empty-homes tax.

His biggest objection to the yet-to-be-enacted tax on secondary residences and recreational properties is that most of the people paying will be British Columbians or other Canadians.

“I don’t believe we should be punishing British Columbians or Canadians that happen to have a second place,” Weaver told reporters at the Union of B.C. Municipalities convention in Whistler.

He’s right about the selectiveness. For all the NDP talk about targeting foreigners, Finance Minister Carole James has confirmed that about 70 per cent of those captured by the tax are Canadians, mostly (63 per cent) British Columbians.

To which Weaver adds something he’s been saying for months — the levy is not really a “speculation tax,” but rather a tax on vacant properties.

The NDP definition of “speculation” makes no distinction between British Columbians and other Canadians — who’ve owned secondary properties for years while occupying them only part time — and foreigners who’ve bought residential property for the short term and deliberately left it vacant.
Weaver’s other main objection is that the New Democrats have targeted specific B.C. communities for the tax, whether they like it or not.

“I would not support legislation that would apply a vacancy tax — it is not a speculation tax — to various local communities without the support of those local communities,” Weaver told reporters.

He delivered that comment against the backdrop of UBCM delegates calling on the province to “modify the proposed speculation tax to empower local governments to collect a levy on vacant residential properties and to require local governments that choose to impose such a levy to invest the revenues in non-market housing.“

The originating municipality for the motion was Oak Bay. Weaver, being the MLA for that community, fully supports allowing municipalities to opt for a vacancy tax of their own, as Vancouver has already been permitted to do under the city charter.

RELATED
Municipalities vote in favour of changing B.C. speculation tax The opt-in approach would depart from the NDP’s plan to impose the tax on most communities in Metro Vancouver and the Capital Region, plus Nanaimo, Abbotsford, Chilliwack, Mission, Kelowna and West Kelowna.

But in criticizing the tax as he has been doing “for the past eight months” by his own reckoning, Weaver maintained he is not just saying “no, no, no.”

He has drafted his own proposals for the legislation and also shared his suggestions with the New Democrats. In a separate scrum, Finance Minister James confirmed that the NDP dialogue continues with the Green leader: “We’ve certainly been listening to the issues that he’s been raising since March. We’ve done a great deal of work and we’ll continue to do that.”

But she also reiterated that the government will go ahead with the enabling legislation for the speculation tax in the fall session of the legislature, starting Oct. 1.

Despite the absence of legislative authority to collect the tax, the proposed levy is already built into the NDP’s budget, forecast to raise $87 million in the current year and $200 million in each of the next two. Weaver’s notion of exempting British Columbians and Canadians would significantly reduce collections.

The course charted by James invites speculation of another kind — about what could happen if Weaver persists in his objections. Oak Bay Mayor Nils Jensen suggested it could bring down the government, but that is unlikely.

Weaver and the other two Green MLAs have already voted in support of the budget, the key determinant in establishing that the NDP government has the confidence of the legislature.

Even if the speculation tax were to be defeated in the house, the government would not fall unless the New Democrats chose to resign and force an election.

The New Democrats could make that possibility explicit by designating the speculation tax legislation as a matter of confidence.

But they agreed not to do that in their power-sharing agreement with the Greens: “Individual bills, including budget bills, will not be treated or designated as matters of confidence.”

Besides, Weaver was clear that the Greens support some aspects of the tax, notably the provision that would apply to satellite families, defined by the government as “households with high worldwide income that pay little income tax in B.C.”

Asked point blank if the Greens would torpedo the speculation tax, Weaver said “it’s not as simple as that,” and proceeded to deliver a brief seminar on his reading of legislative procedure.

Because the Greens support some aspects of the bill, they would probably vote in favour on second reading — debate in principle — to send the contents to committee stage, where legislation is scrutinized clause by clause.

“It’s at that juncture where we have the option to make changes,” explained Weaver. He hastened to add that the Greens would need the support of the B.C. Liberals to amend the NDP bill.

All of which has the makings of a three-way showdown on the floor of the legislature this fall.

Would the Liberals support the Green amendments or bring in some of their own and dare the Greens to support those? Would the New Democrats rewrite the legislation themselves to head off being embarrassed by the combined Opposition? And how far would the Greens go if the NDP refuses to budge?