Buyer beware: How purchasing property from a non-resident of Canada could leave you with a hefty tax bill 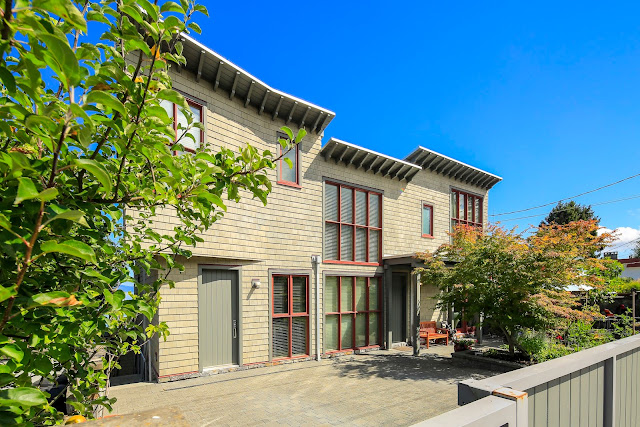 If you’re buying a house or condo and you suspect that the current owner from whom you are purchasing the property is a non-resident of Canada, you could be personally liable for the vendor’s Canadian capital gains tax if you don’t take certain precautions.
Indeed, this is precisely what happened in a recent tax case decided this summer. But, to properly understand the case and thus ensure you don’t find yourself in a similar situation, a brief review of how Canada taxes residents and non-residents is in order.
If you’re a resident in Canada, then you have to pay tax in Canada on your worldwide income. Non-residents of Canada generally don’t have to pay Canadian tax unless they earn Canadian-source income. Some types of income, such as dividends and rental income, are subject to non-resident withholding tax while other types of income that a non-resident earns in Canada must be reported on a Canadian tax return. These types of income include Canadian employment income, business income earned from a business carried on in Canada and capital gains from disposing of Canadian real estate.
So, for example, if a New York state resident sells her Muskoka, Ont., cottage property, any gain she realizes on that sale will be subject to Canadian tax.
Of course collecting the Canadian tax owing from someone living abroad, whether in the U.S. or overseas, could be practically complex, if not totally impossible. That’s why the Canadian tax system, like other tax systems around the globe, has a special rule that states that if there is a gain from the sale of domestic real estate by a non-resident vendor, the purchaser of the property may be responsible for the capital gains tax.
To this end, our Income Tax Act imposes an obligation on the purchaser to withhold 25 per cent of the purchase price from a non-resident unless the vendor has obtained a clearance certificate from the Canada Revenue Agency indicating that the non-resident has made appropriate arrangements to pay the tax. To get this certificate, the vendor needs to file Form T2062, “Request by a Non-Resident of Canada for a Certificate of Compliance Related to the Disposition of Taxable Canadian Property” within ten days of the planned sale, accompanied by a payment of 25 per cent of the expected capital gain on the sale.
If the non-resident doesn’t get a certificate, the Canadian resident purchaser is responsible for the 25 per cent tax owing on behalf of the non-resident unless, “after reasonable inquiry the purchaser had no reason to believe that the non-resident person was not resident in Canada.”
In 2017, the CRA was asked whether this “reasonable inquiry standard” can be satisfied if the purchaser obtains a statutory declaration from the vendor that the vendor is not and will not, at the time of closing, be a non-resident of Canada.
The CRA’s response was that “the purchaser must take prudent measures to confirm the vendor’s residence status. Each case will be reviewed on an individual basis…. Obtaining such declaration would not, however, provide a due diligence defence if there are facts and circumstances present suggesting that the purchaser should have made further inquiries. Such facts could include, for example, a known mailing address outside of Canada or any other indication of the vendor’s residence being outside Canada in the transaction documentation.”
In the recent tax case, it was a foreign address combined with a questionable declaration that proved problematic for the purchaser.
In June 2011, the taxpayer purchased a Toronto condominium unit from an “apparent non-resident of Canada.” The transaction was completed without a clearance certificate and without the taxpayer having deducted and withheld 25 per cent of the purchase price. The taxpayer thus found himself in Tax Court liable for $92,000 of tax, being 25 per cent of the $368,000 purchase price of the condo.
The taxpayer was aware from a prior visit to the condo that the vendor did not live there and that it was an investment property for him. The taxpayer retained a lawyer who established through searches and other preparation work for the closing of the transaction that the vendor had purchased this property in 2009 and his then address for service was in Danville, California. This was the same address for service as the vendor had given for his now sale of the property. As well, the taxpayer’s lawyer was informed that vendor would be signing the closing documents in California.
Just prior to closing, the vendor signed a one sentence unsworn statement before a California notary public in Danville, Calif., stating, “I am not a non-resident of Canada within the meaning of … the Income Tax Act (Canada) and nor will I be a non-resident of Canada at the time of closing.”
The judge found it curious that the notary stated only that this statement had been “DECLARED before me.” There was no reference to the statement being either a “sworn” or “solemn” declaration or that the statement had been declared under penalty of perjury. This contrasted with another declaration given the same day, before the same California notary public, regarding certain “HST matters” in which the vendor indeed did make a solemn declaration.
The issue before the court was whether the taxpayer, through his lawyer, had “after reasonable inquiry … no reason to believe that the (Vendor) was not resident in Canada.”
The judge felt that there were simply too many red flags to accept the unsworn declaration as evidence that the vendor was truly not a non-resident. The taxpayer could have asked “(s)imple questions such as what was the Vendor’s permanent address … (as well asking for) a copy of the Vendor’s driver’s license.”
In finding the taxpayer liable for the tax, the judge concluded: “(The law) calls for and deserves more than a brief, baldly stated affidavit or solemn declaration when there are factual red-flags potentially suggestive of non-residency. The matter should then be pursued, to give due effect to the fiscal concern that Parliament sought to address in its drafting of” the purchaser withholding tax requirement.
Jamie.Golombek@cibc.com