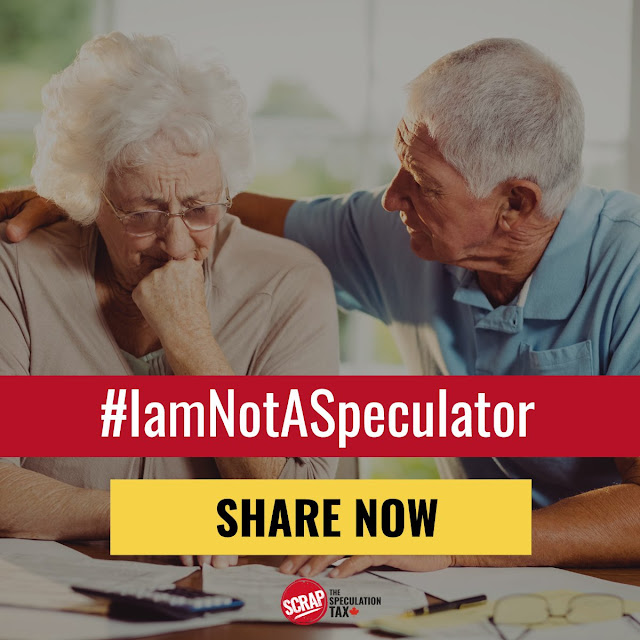 To date, West Kelowna's June 21 letter has drawn only a perfunctory one-paragraph acknowledgement from the government, leaving it to stand as an unchallenged critique of a tax that remains cloaked in murk.


VICTORIA — Two months ago West Kelowna Mayor Doug Findlater fired off an open letter to Premier John Horgan challenging the NDP decision to include his Okanagan city within the reach of its controversial speculation tax.

Over five pages and an accompanying 24-page brochure the mayor on behalf of his council outlined “the potentially devastating effects that this tax could have on West Kelowna” and arguing that its application to the city was grounded in “incorrect assumptions.”

The New Democrats have yet to provide any comprehensive rationale for the tax, or indeed any supporting analysis, legislation or regulation. But West Kelowna mounted a point-by-point attack on what little has been said publicly and at the official level in defence of the tax.

The tax is intended to force “speculators” — defined as owners of seasonal recreational property and never-used secondary residences — to rent out those properties and reduce the vacancy rate. If they do so they won’t pay the tax.


By way of justification for the inclusion of West Kelowna, provincial officials have cited the low vacancy rate of 0.2 per cent in the central Okanagan.

Findlater: “It is important to note that the 0.2-per-cent vacancy rate that is continuously referred to combines all of the central Okanagan, not just West Kelowna and Kelowna. Once in-stream rental units are completed, the rate for the central Okanagan should climb to 2.5 per cent.”

He challenged the Finance Ministry to factor in local efforts to improve the vacancy rate by encouraging development of purpose-built rental accommodations, secondary suites and single-family homes for rent.

“They will find that the vacancy rate is much higher than the 0.2 per cent that ministry staff is using to defend adding West Kelowna to the tax. For 2018 alone, there will be 240 rental units available to the market. Of these units, 75 units are not rented out and the developer is looking for tenants.” Which as the mayor noted, amounts to a 31-per-cent vacancy rate for that development.

Findlater then turned to suspicions that West Kelowna and its across-the-lake neighbour Kelowna were targeted for the speculation tax because of high average house values.

The averages were “extraordinarily high,” he conceded. But those averages were skewed because of a relatively small number of beachfront properties valued in the stratospheric range.

After noting the neighbouring presence of the Westbank First Nation — with houses priced in the $330,000 range for sale to anyone who chooses to live there — the mayor raised the issue of regional fairness.

“Kelowna and West Kelowna will be put at an economic disadvantage compared to other communities in the region that are not subjected to the tax,” he wrote. “Non-market growth will decrease significantly, as developers avoid areas where the tax is applied. Job opportunities will be impacted.”

Far from being “unaffordable” as the New Democrats implied with their tax, West Kelowna has so far managed to hold its own. “In fact, West Kelowna’s growth has been steady for 10 years, at rates similar to the ones in other Okanagan communities, including those not facing the prospect of the speculation tax.”

But all that could change with the coming of the tax.

“A recent article in local media, discussing the rising home prices in nearby Penticton, where the tax will not be imposed, quotes the South Okanagan Real Estate Board’s president saying that Penticton’s exemption from the proposed tax has likely brought in buyers who would otherwise have eyed Kelowna,” the mayor continued.

“We have already received alarming information that a comprehensive development, which was nearing the final phase of approval, is being shelved directly as a result of the proposed speculation tax. This development would have seen 1,000 new homes, a new school site, road upgrades, transit service, frontage improvements and a vast parkland donation for West Kelowna. The much-needed increased tax base and development-cost-charge revenue from this project will be lost.

“Our municipality is only 10 years old and has not had time to build its reserves to a healthy level, “ the mayor pleaded on behalf of his city of 35,000. “With the potential that the speculation tax is chasing away investment, the city will feel the loss of vital municipal revenue, revenue that can only be made up by taxing its residents.”

He closed with a direct challenge to the premier himself. “It is best-practice that before a government implements a new tax, an economic impact study be completed … An economic impact report will be able to determine the percentage of British Columbians affected and to what degree each area is impacted.”

To date, the June 21 letter has drawn only a perfunctory one-paragraph acknowledgment from the government, leaving it to stand as an unchallenged critique of a tax that remains cloaked in murk.

Moreover, the New Democrats insist that no more information about the tax will be forthcoming until the legislature sits in October, by which time more than seven months will have passed since this half-baked initiative was announced in the February budget.

Is there more to this story? We’d like to hear from you about this or any other stories you think we should know about.