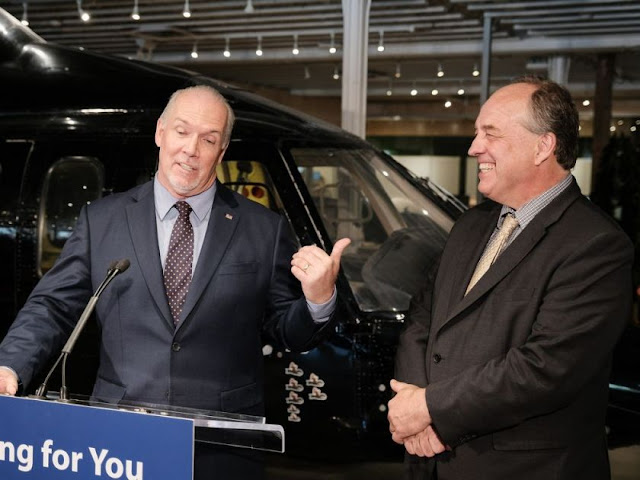 When Green Party Leader Andrew Weaver ramped up his calls for a foreign-buyers ban in B.C. real estate, he was met with a quick rebuff from Premier John Horgan.
“I’m a child of an immigrant,” Horgan said, pointing to his Irish roots.
“B.C. is the gateway to Canada and I don’t believe we should be curbing people from coming here.”
For Weaver, the response was infuriating.
“We’re not talking about immigrants or refugees,” Weaver told me. “We’re talking about people sitting around in office towers around the world who dump capital here as a safe haven to park their money.
“Despite what the premier says, the problem is not about the people who are coming here. The problem is the people who are not coming here.”
Now New Zealand has brought in a ban on foreign home ownership as it deals with runaway real-estate prices in an affordability crisis that mirrors our own.
Weaver is repeating his demand that British Columbia follow New Zealand’s lead and ban foreign real-estate purchases here.
“It’s essential that our limited housing stock is used first and foremost as homes for British Columbians — not as a bank account for foreign capital,” he said.
It appears most people agree with him.
A Mustel Group poll suggests 58 per cent of British Columbians support an outright ban on offshore property purchases. But opponents of the idea say Weaver wants to take a sledgehammer to kill a gnat.
“A ban, piled on top of all the other new housing taxes, misses the point,” said Anne McMullin, president of the Urban Development Institute, who points to new government statistics showing just one per cent of real-estate sales in Metro Vancouver and the Fraser Valley this year involved foreign nationals.
“By focusing on the one per cent of real-estate sales, we aren’t addressing the issues of the 99 per cent of the rest of British Columbians who need more homes,” she said.
The real-estate industry’s solution to the affordability crisis: Build more real estate.
“We simply aren’t building enough new homes to meet the demand,” said McMullin, who’s calling on government to allow higher housing density around public-transit corridors and speed up municipal building approvals.
“In some municipalities it can take five years to approve a housing project.”
Weaver isn’t opposed to building more homes to solve the housing crisis. But he also thinks the scale of foreign-capital influence in the market is under-reported.
“There are many loopholes to disguise the real owners of property,” he said, pointing to anonymous partnerships and numbered shell companies buying high-end properties.
He also points to the “domino effect” that even limited foreign capital can have on the wider market.
“An offshore buyer might purchase a high-end property and then the previous owner is looking to buy a cheaper property in another community, driving up prices there,” he said.
A foreign-buyers ban is not a radical concept, Weaver argues.
“Many jurisdictions are doing it,” he said.
Switzerland, for example, assigns quotas to the country’s 26 cantons, limiting the number of residential properties sold to foreigners. Mexico restricts foreign purchases of coastal properties. Australia compiles an annual public report on foreign purchases and restricts them to newly built homes.
“Other countries have the same challenges we do and they’re getting on with doing something about it,” Weaver said.
In B.C., though, the debate goes on.
David McKay, CEO of the Royal Bank of Canada, told a New York banking conference that the influx of foreign capital was distorting housing markets in Vancouver and Toronto.
“We do not need foreign capital using Canadian real estate as a piggy bank,” McKay said. “If capital is coming in to sit in a home, unproductively, and is distorting your marketplace and the livelihood of your residents — no thank you.”
But McMullin said bringing in foreign-buyer bans or further punitive real-estate taxes are solutions that carry risks of their own.
“It could trigger further uncertainty for our economy,” she said, adding Vancouver is only building 20,000 new homes a year while the city’s population is on pace to grow at triple that rate.
“Closing the gap isn’t easy,” she said. “It will take political courage at all levels to address that imbalance and begin to solve the problems we all face.”
But there appears to be little political appetite for a foreign-buyers ban within the governing NDP or the Liberal opposition.
“A ban on foreign ownership is not being considered,” said Finance Minister Carole James.
“British Columbians are proud to welcome thousands of newcomers each year who help strengthen our province.”
All of which leaves Weaver alone on the stage, calling for at least a temporary foreign-buyers ban.
“If we don’t at least try it, we’ll never know whether it works to make homes more affordable,” he said.
msmyth@postmedia.com
twitter.com/MikeSmythNews