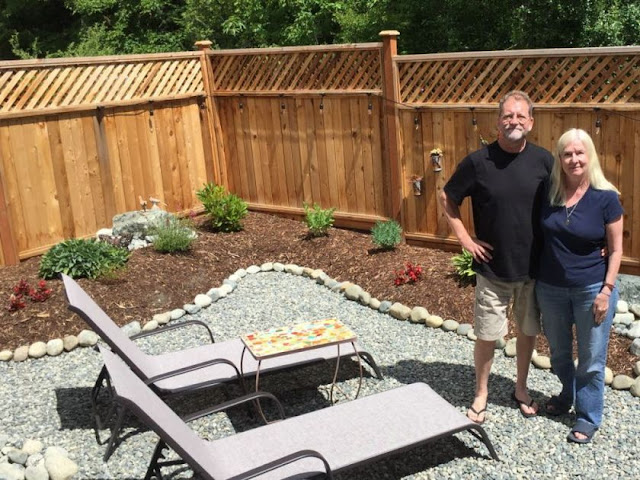 For Peter and Shelagh Kouwenhoven, life has never been better — or more unexpected.
The couple sold their 25-year-old townhouse in Walnut Grove in north Langley for $700,000 and, last December, bought a new 2,000-square-foot home, including basement, on a compact lot in the Cowichan Valley, near Duncan on Vancouver Island, for $432,000.
They pocketed the difference and packed their bags — with no regrets.
“We couldn’t fail to take that money off the table,” said Shelagh, who worked at HomeSense for 13 years. “Initially, when I thought about retirement, I was terrified. You hear there’s not going to be any money left for your pension, that you have to save for yourself, and I wondered how we were going to do it.
“Now, here we are, a brand new house — and so many wonderful things.
“Peter calls us Lower Mainland refugees.”
New figures from the Vancouver Island Real Estate Board show that Lower Mainlanders last year accounted for a record 26 per cent of home buyers on the Island north of Greater Victoria — up from 10 per cent just three years ago.
Four out of five are buying homes as their principal residence.
“They’re cashing out,” said Don McClintock, a Duncan realtor and president of the real estate board. “Not necessarily retiring; they may have a portable business.”
Most are middle-class — not affluent, by any means — fleeing the noise, traffic and humanity, and reaping a tidy profit in the process.
Often, they are flush with enough cash to buy a much better home outright — or, for younger adults, enough to get them out of condos and into a detached home and maybe even a bit of rural property.
“I’ve never had as many Vancouver buyers as I have now,” said Janice Stromar, a realtor 15 years in Nanaimo. “It’s a wide variety, including young people and those in the medical and tech fields.”
Susette Cote and Rick Western received half of almost $1.9 million from the sale of a 1974 North Vancouver duplex co-owned with relatives and bought a five-year-old, 1,400-square-foot rancher near Parksville for $448,000 in February 2017.


They thought about buying a condo in Vancouver but most wouldn’t take their black Lab, Reggie. “The dog is a big factor in why we’re here,” Susette said with a laugh.


Rick had worked for his brother’s window business and Susette for Safeway, and both are now retired. One factor in the purchase is that their two grown children said they’d be more likely to visit them on Vancouver Island.


Getting away from the ever-worsening North Shore traffic has bought them peace of mind.


And while Rick hasn’t made as many new friends as he’d hoped, he loves spending long lazy days on the shores of Qualicum Beach. “We got a pretty good bang for our buck over here,” he added. “Prices have already gone up.”


Those who work from home discover they can live pretty much anywhere, and perhaps only go into the office sparingly.


Both are in their late 30s. Joel owns a digital marketing company and Jen has a bachelor’s degree in agriculture sciences and is studying for her PhD at the University of B.C., commuting once a week.


“Lower price, more house, more land … and no more traffic (jams),” said Grenz, adding car insurance and gas are cheaper on the Island. (On the other hand, the Island’s vulnerability to earthquakes might prompt a homeowner to pay extra for insurance against such a disaster.)


While they may see friends and family less often, visits tend to be “more concentrated” rather than a few hours over dinner.


The influx of Lower Mainlanders is also pushing up prices, and making it more difficult for people born and raised on the Island to get into the housing market.


A newly built home across the street has just listed for close to $1 million.


“There’s a market here,” he said. “Let’s be honest, when you get into your 80-plus years, stairs suck. Most people want to sell their house and get out of it. So, why not put in an elevator? People should be able to stay in their houses longer.”


But there’s more to it than money: Quality of life is what really wows Lower Mainlanders.


Peter Kouwenhoven, who had a career in a family-owned printing business, says he is much calmer now.


“We’re living in paradise,” he said. “All the villages, the oceanfront, rivers, parks, so much. It’s awesome.”


The Cowichan Valley boasts about 60 wineries and small farms, selling honey, Saskatoon berries, chili peppers, herbs and much more. The Duncan Farmers Market is every Saturday year round. “We eat healthier and the stress level is so much lower,” he said.


The valley’s biggest industrial employer is the Catalyst Paper pulp mill in Crofton, a straight-line distance of about 10 kilometres. The fumes are only occasionally noticeable in Duncan.


Shelagh does miss her regular restaurants on the mainland (but is finding new ones), her 36-year-old son (who lives in Surrey) and a few friends, but apart from that, nothing. “I can’t believe I had all this anxiety about moving here. It’s been the easiest adjustment.”


One in five buyers were Canadians from outside B.C.
Michelle and Michel Pesant of Ottawa bought a lot 3½ years ago on Gulfview Drive, with a stunning view overlooking Hammond Bay, north of Nanaimo, and had Alair Homes build a custom home. She retired from the RCMP’s human resources unit, and he served 27 years in the Ottawa fire department, leaving as a captain.


“Do I miss anything?” said Michelle. “Absolutely nothing.”


Added her husband: “It’s like I was born to be here.”


While buyers do not cite ethnic reasons for moving to the Island, the fact is that most buyers are whites, moving to predominantly white communities.


Nanaimo’s market differs somewhat from the other, more rural areas. In Nanaimo, a significant proportion of buyers from the Lower Mainland are ethnic Chinese, who are forgoing pricey Vancouver, but still want to live in a more urban area while building high-end custom homes on or near the oceanfront.


Some of the Chinese coming to Nanaimo have sold multi-million-dollar homes in Vancouver to Chinese immigrants. They are known to come in groups, buying three or four homes on the same street, Hopewell said, and use Nanaimo-based Chinese realtors.
Hopewell has taken Mandarin lessons — “just enough so they know I know what they’re saying” — and boned up on the subtleties of feng shui, an ancient Chinese system that governs spatial arrangement and orientation in relation to the flow of energy.


“Chinese clients want the mountains at their back and the ocean at the front,” he said. “And they don’t enjoy being in a rural setting. It’s not where they’re comfortable.” There are even feng shui apps available.


Buyers on Vancouver Island should be vigilant that construction standards do not slip during a period in which buyers are lining up with cash for homes. “There are problem individuals in all market areas,” Hopewell acknowledged.


On Vancouver Island, only the Victoria and Nanaimo areas fall under the province’s planned speculation tax, which applies to properties not occupied by the owner as a primary residence for more than six months a year or are not occupied by a tenant when the owner is not there.


According to the real estate board’s 2017 buyer profile for Vancouver Island north of Greater Victoria, there were 9,731 residential sales in the region last year. The “buyer origin” figures for residential sales are based on an 18-per-cent response to questionnaires. 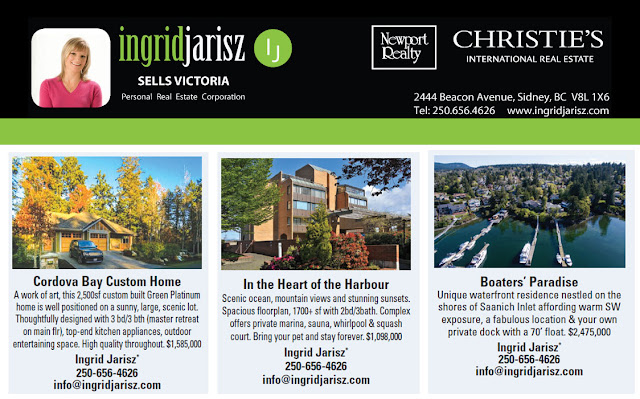