Terence Corcoran: Why the 'flipping' scandal in Vancouver’s condo market is pure flapdoodle 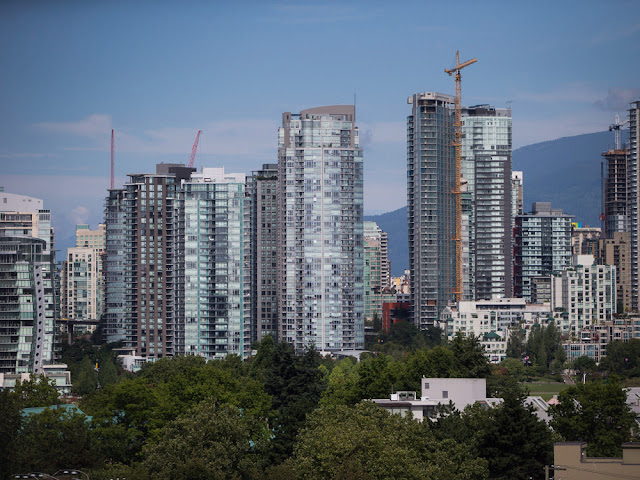 The Globe and Mail’s latest claim to have uncovered a Vancouver real-estate scandal managed not only to create the usual policy flaps within B.C.’s snake pit of coiled housing regulators, it also dragged out an all-too-familiar explanation for rising housing prices in the city. Under a headline that claimed “Flipping of condo units by insiders fuels hot Vancouver market,” the Globe this week reported that Vancouver condo speculators were “sucking up supply, further driving up prices.”
Sucking up supply? Maybe the flipping speculators were vacuuming up Vancouver condos and shipping them off to China. Or perhaps the condos were moved to a special speculators’ underground industrial holding tank under the False Creek Flats.
Blaming speculators is a standard bit of pop economics that gets recycled whenever the price of something — from oil to coffee to housing — goes up more than people would like or think it should. Generally, however, the conclusion that speculators are driving up prices is a reversal of actual cause and effect, which is that speculators are in the market because prices are going up. And the reason prices are going up has nothing to do with speculators or — as the Globe claimed — condo “flippers.”
As the Canada Mortgage and Housing Corp. concluded earlier this year in a 225-page analysis of Canada’s big-city housing markets, soaring demand and lack of supply exacerbated by assorted regulatory, zoning and policy roadblocks are the dominant causes of Vancouver and Toronto housing price increases.
To the degree that there is speculation, the CMHC noted that it is a tiny factor that merely reflects the supply shortages that signal rising prices that in turn attracts investors and developers, including short-term flippers. “Speculation is more likely to occur in inefficient markets that are supply constrained” by other factors, most notably by land-use constraints, demographics, regulation, zoning, etc.
Essentially, though, the CMHC concluded that the urban housing markets in Toronto, Vancouver and other cities are in the grip of dynamic geographic and economic transformation brought on by local, national and global trends that, in the end, require more research.
Instead of trying to sort out the mysteries behind Vancouver’s housing sectors, the Globe came up with an attack on real estate developer practices based on classic egalitarian themes and the populist belief that prices are somehow rigged and manipulated by insiders and other grifters.
When developers of condo projects put new towers on the market they often pre-sell units to assorted investors, real estate operators and agents who get an inside track on price and availability. Some investors might even get blocks of suites.
There are good reasons for such pre-construction arrangements. Michael Ferreira of Urban Analytics, a Vancouver consultancy, says that under rules imposed by regulators, developers that start marketing a project have nine months to achieve a pre-construction minimum target. The pre-construction sales target, usually between 50 and 70 per cent of project units, is set by banks and other lenders.
According to the Globe, the buyers who take up units in the early pre-construction phase of a new project are getting an unfair advantage and are “squeezing tight supply and driving up prices for ordinary buyers.” It’s hard to see how that happens.
The prime example cited by this supposed exposé is Station Square Tower One in Burnaby, B.C. where (according to a graphic printed alongside the story) pre-sale buyers who paid about $600,000 for a unit were able to “flip” it at $875,000 to a final buyer, a gain of 45 per cent. What the story does not mention is that initial pre-sale price would have been set when Tower One went on the pre-sale market in 2012. By the time Tower One was completed in 2015, overall Burnaby condo prices had risen sharply, suggesting the rising final sale price was directly related to market factors rather than flapping flippers.
The price gain reflects market prices per square foot rather than speculation. Since 2012, four more Station Square towers have been built in the booming Burnaby community where Tower One started at $600 a square foot. Ferreira of Urban Analytics reports that Towers Four and Five launched in 2016 at an average of $870 and $970 per square foot, respectively — an increase of 60 per cent. A suite in Tower Five measuring 1,300 square feet was recently listed at $1,400 per foot.
Vancouver’s condo prices are — as CMHC reported — a complex function of myriad forces, from demographics to regulation to interest rates and investment decisions made by thousands of players. The arrival of Amazon and other firms in the Vancouver area would only increase demand.
It is entirely possible that some flippers are evading taxes and that’s a problem that should and can be fixed. But the idea that flippers are messing up the market and depriving people of affordable housing is unsupportable, unless one falls into a pool of pop economics where the calls are for government to impose an undesirable egalitarianism.
That’s the objective of those who are flipping out. The extreme proposal is that everybody should have access to the same condo projects at the same time and at the same price. That kind of principle is fine for a kindergarten class, but not for a major urban housing market.