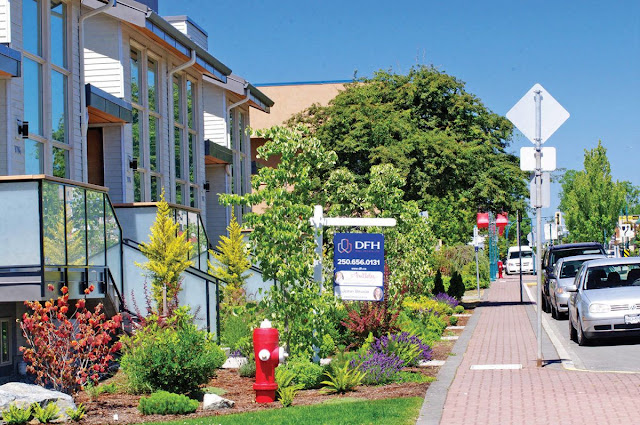 Bryant Stooks and his family have been coming to B.C. for nearly a quarter century.

The residents of the Scottsdale, Ariz., area have spent dozens of summers on southern Vancouver Island and planned to enjoy dozens more – until they heard about the B.C. NDP government’s new speculation tax.

“The speculation tax, when you get to two per cent year after year, becomes so onerous that it just becomes too expensive as compared to where you might otherwise have a vacation home,” Stooks told Black Press Media by phone from Arizona.

“It kind of forces you out.”

The NDP announced the tax as part of the 2018 budget in mid-February. Finance Minister Carol James said it would start at 0.5 per cent on the value of the home this fall, and rise to two per cent the following year, hitting everyone who owns property – but doesn’t pay provincial income taxes– in the Lower Mainland, the Capital Regional District, the Nanaimo Regional District, Kelowna and West Kelowna.

The plan is so far short on details, but James later confirmed the tax will also apply to vacation homes owned by Canadians from other provinces – and non-Canadians, like Stooks.

Stooks belongs to one of eight families who settled in Sidney more than two decades ago and spends nearly half the year there. Because he’s not a resident, he can legally only stay in the country for those six months.

“So we’ve got a federal government who’s restricting us and we’ve got a provincial government that says because this is not your principal residence, you’re a speculator now.”
In an email to Black Press Media, a finance ministry spokesperson said up-front exemptions will be available for principal residences and people who put their homes in the long-term rental market. None of that applies to Stooks.

The spokesperson declined to provide more details about vacation homes, saying only “specific technical details” will be coming in the next few months.

Stooks said he’s concerned the tax is pushing out people who bring money into B.C.’s economy without actually tackling the real problem of housing affordability.
“When you apply (the tax) broadly to everyone who has a second home that’s not their principal residence, then you’re not really addressing the speculators who are causing this problem,” he said.

“You’ve broadened it so significantly and put such a large tax on it that you’ve forced them out of the province.”

The average single family home in Greater Victoria was recorded last month as being worth $840,300. A two-per-cent speculation tax on that value comes out to $16,806, and that’s on top of any other property taxes levied by the municipality.

Stooks doesn’t want to leave a place he and his family treasure.

“I usually go down to the Deep Cove Market and have a coffee and my wife is a volunteer in the Sidney Art Show,” he said. “We really try to be good neighbours. We’re not ugly Americans who stick in a little clique.”
But they’re now considering selling their property if it becomes cheaper to simply vacation somewhere else.

“That is such a beautiful, beautiful area on Vancouver Island, both from the scenery and the people that live there. (But) it’s just too expensive.”