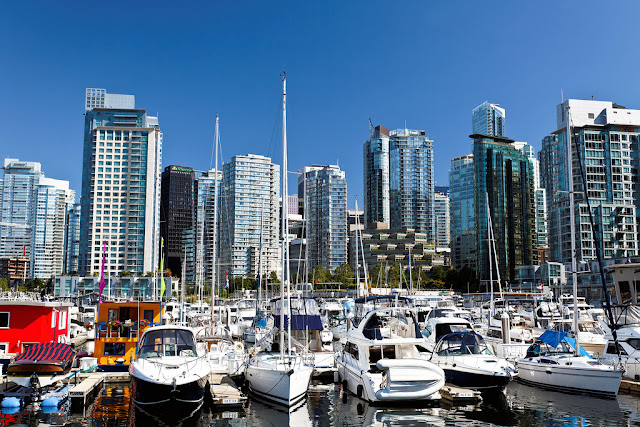 The provincial government is narrowing the scope of its real estate speculation tax to ensure it doesn't impact British Columbians who own cottages and vacation properties outside of urban areas.


"We are going after speculators who are clearly taking advantage of the market, leaving homes vacant and driving up prices," James said, adding that "over 99 per cent" of British Columbians will not be affect by the levy.

According to the minister, homes with a value of a less than $400,000 will also be exempt. Those who own a vacant home worth more than that will receive a non-refundable income tax credit on the first $400,000 of their property's value.


James said the province will also make exemptions for special circumstances such as seniors who might be moving out of their home and into a care facility, a death that leaves a home empty or condo owners whose strata councils don't allow units to be rented out.


On Monday, the province also announced more specific locations in which the tax will apply than those originally outlined during the 2018 budget speech in February.

Most islands are exempt from the tax.

"We have focused the geographic areas so this tax only applies in urban housing markets hardest hit by this crisis," James said. "With so many people desperate to find good homes in these urban areas, we need to take every step we can to free up and create more housing opportunities."


Those who have to pay the tax will all face a base rate of 0.5 per cent on their property's assessed value this year.


In 2019, that rate will climb to 1 per cent for Canadian citizens and permanent residents who don't live in B.C. and 2 per cent for foreign investors. The tax will stay at 0.5 for those who live in the province.


James said anyone can avoid having to pay the tax by turning their home into a rental for at least half the year.


"For those people who have second or third properties, who are gaining from the increasing housing prices, I say, put it on the market," she said. "Put the house for rent. Add to the vacancy rate. Support people in your community. Don't hollow out neighbourhoods leave vacant properties. That doesn't create a community for anyone."


The details come amid growing concerns that the original breadth of the legislation would force those with second homes in rural areas to shell out thousands even though they don't contribute to the province's housing crunch in any significant way.


The measure, he said, could trigger a real estate crisis in the area if homeowners decided to sell their properties all at once instead of paying the tax.


Monday's announcements, James said, are intended to calm those fears.


"People in smaller communities, those with cottages at the lake or on the islands, will not pay this tax. People with second homes outside of high-cost, designated urban areas will not pay the tax," she said. "The speculation tax focuses on people who are treating our housing market like a stock market."


But Liberal Leader Andrew Wilkinson said there's "no evidence" the levy will have that effect. Instead, he said, the unanswered questions are creating uncertainty that could be harmful to British Columbians and the province's housing market as a whole.


Wilkinson suggested the province look at existing ways of cooling the housing market instead of experimenting with new taxes.


"If the NDP are seriously chasing after speculation, they should do it with a traditional capital gains tax," he said. "Instead, what they're doing is saying to people, 'Give us part of your assets. Give us part of your savings,' and that's just not the way taxation's ever been done in Canada."


Despite the uncertainty it may have created when it was first announced, James said it was important for the NDP to introduce the principles of the tax first and allow time for public and community feedback before finalizing the details.


"I think what you'll see reflected in these changes is that we listened to people who raised concerns, who gave constructive criticism, who raised issues and we worked through the implementation to aim the tax exactly where it needs to be."


The speculation tax is part of the province's 30-point plan to making buying and renting more affordable for British Columbians.


Other measures include an increased and expanded foreign buyers tax, investing $6.6 billion into affordable housing and changes to Property Transfer Tax forms aimed at shining a light on the problem of hidden ownership in the province.