Own property in B.C.? You could be on the hook for a massive tax hike next year 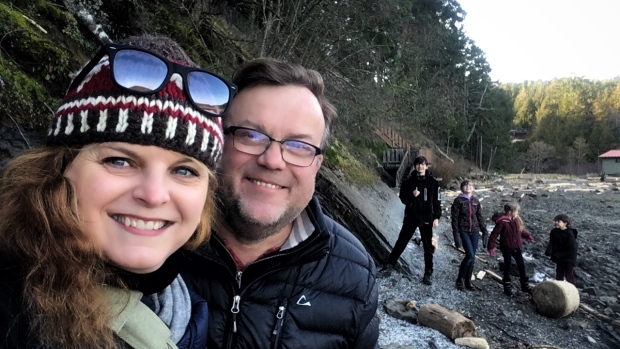 An Alberta couple who own a home on one of British Columbia's Gulf Islands say B.C.'s newly announced speculation tax is going to cost them thousands of dollars in additional property tax per year.

In 2019, the B.C. speculation tax rate will start at two per cent of the assessed value on properties in the Lower Mainland, Nanaimo, Kelowna and Victoria's Capital Regional District. Pender Island falls under the latter jurisdiction.

"We will be still be paying the normal property tax [so] this is a penalty after the fact for being out of province," said Mark, whose five children also make several trips a year from their home in Red Deer to the island getaway.

Their annual property tax is currently $1,800 dollars. With the government's newly imposed tax increase, he said it will balloon to nearly $9,000.

Debra is an artist who makes knitwear and paintings out of their Pender Island home, which she says the family visits every four to six weeks.

"They've enclosed the fine so that it creates financial hardship on any owner that isn't a B.C. resident," said Debra. "By doing that they're forcing people to sell. So essentially it's a deportation policy of financially ruining people so they have to sell their properties."

The B.C. budget, which was released earlier this week, introduced the tax in an effort to cool the province's hot housing market.

The Hunters say the tax is discriminatory.

"We're going to have to find a way for everyone in this situation to unite," Debra said. "We will take it to the Human Rights Commission because it is a complete violation."

In Kelowna, the new tax could hit the region hard. Many Albertans have vacation homes in the area, while others work for several weeks in Alberta's oil patch and commute back to the region for their time off.

According to the Okanagan Mainline Real Estate Board, Albertans made up 10.2 per cent of home buyers last year.

"We're hearing it from remote workers — they live here but work in the oil patch," said Dan Rogers, executive director of the Kelowna Chamber of Commerce.

"We have some 3,000 employees in the Okanagan area that make their living off the oil and gas sector. We're intricately tied to the economy of Alberta."

Rogers said everyone from property owners to investors have been phoning his office to find out what this tax increase will mean.

"These taxes are being implemented to try and cool the real estate market but we see absolutely no evidence that these new taxes will achieve that outcome and make housing more affordable," he said.

The Hunters are also hearing from the public via email at issuesBC@outlook.com. Mark Hunter tells CBC that people who own property in B.C. have written to share their concern, while others say they are putting plans to buy property on hold as they wait to see how the B.C. government handles this issue.