In Vancouver, foreign capital is part of the housing solution 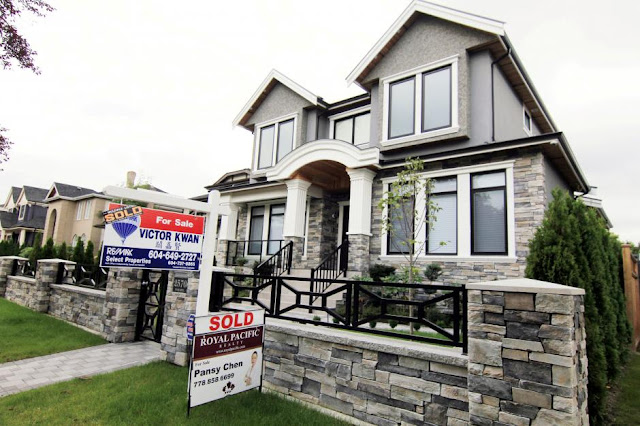 About five out of 100 residential property owners in Vancouver are non-resident. This finding, from a recent Statistics Canada report, has reignited debate on the impact of foreign ownership on housing affordability in Vancouver.

For many, the report confirms their beliefs that foreigners have distorted the housing market in Vancouver. There has been a fresh cycle of articles in the Vancouver press about foreign money in the property market, amplified by insistent calls for municipal and provincial politicians to fix the problem.


Unfortunately, the report provides no clear answers. Much of the popular debate and policy suggestions are based on anecdotal information, confusion about who is a foreign buyer and a focus on quick fixes.


A much stronger candidate for the sharp rise in prices during this period would seem to be the ultra-loose monetary policy that led to record-low real interest rates in Canada and around the world.

While foreign buying does, on the margin, affect housing prices, the much greater impact is likely from domestic buyers who are influenced in their purchasing decisions by the health of the economy, interest rates and a desire to "get into the market before it is too late."

Any policy that penalizes non-resident owners will have to take into account the distinction between those with Canadian status and those who are neither citizens nor landed immigrants. If the point is to penalize anyone who earns (untaxed) income overseas but spends it on housing in Canada, the distinction is not important. But why would we discourage citizens from maximizing their earning potential overseas? Should we also penalize retirees who settle in Metro Vancouver, Victoria or Kelowna by purchasing homes in those areas with income earned over a lifetime in another jurisdiction?


The issue of non-resident ownership is often confused with that of immigrant residents who own property in Canada but pay minimal taxes.

The confusion is sometimes deliberate among those who believe that immigration is a major reason for housing unaffordability and who resent the influx of migrants buying expensive homes in the city.

There is understandable public outrage over tax evasion and calls for a crackdown by the Canada Revenue Agency are warranted. But there are plausible explanations for the discrepancy between the value of a home and the amount of income declared by the occupants that do not amount to cheating. In these cases, the bigger question is why high-net-worth immigrants do not invest more in Canadian businesses and generate Canadian income. And when they do, as in the ca
se of a Canadian-Chinese duo who led a recent acquisition of the Grouse Mountain Resort in North Vancouver, why is the focus on whether this investment constitutes a threat to national security rather than a celebration of foreign capital put to productive uses?

Virtually all the discussion on policy responses, however, has been on suppressing prices rather than increasing incomes. To be sure, there have been some good ideas floated recently, such as a greater focus on rental units, increasing property taxes to fund affordable housing, increasing density in prime areas and better integration of transit and housing strategies.

But there is a persistent clamour for quick fixes, with non-resident buyers as the favourite target. B.C. Premier John Horgan should be applauded for resisting the enormous pressure on him to ban all foreign buying of property. But he needs to go further in changing the entire narrative on how to address housing unaffordability.

A non-discriminatory approach would send a clear message that the province takes housing affordability seriously but does not seek to scapegoat non-residents or recent immigrants. Framing affordability as an issue of economic development (and not just housing prices) will also push back on the innuendo against newcomers to Canada, who have every bit as much of a stake in housing affordability as the rest of the population. They, too, are part of the solution.