Mile Zero makeover: Dramatic redesign proposed for Victoria landmark - Where are we at? 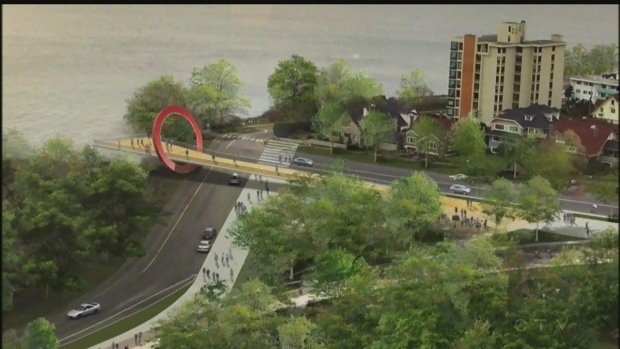 Mile Zero makeover: Dramatic redesign proposed for Victoria landmark - Where are we at?
A Victoria landmark that attracts tourists from around the world could be in for a major makeover.
A makeover is being proposed for Mile Zero, which marks the start of the Trans-Canada Highway, that would include a pedestrian walkway cross over Dallas Road into an ocean lookout.
The overpass is the most dramatic part of a plan commissioned by the James Bay Neighbourhood Association to make the stretch of Douglas Street from Humboldt Avenue to Mile Zero more accessible to pedestrians.
“The fact that this is the termination of Douglas Street, it’s a magnificent lookout over the straits, and it’s the termination of the Trans-Canada Highway,” said Greg Damant of Cascadia Architects, the local firm that has been tasked with designing the proposed walkway.
The proposal also calls for widening walkways along the Beacon Hill Park side of Douglas Street and turning two roadways into bike paths.
“Make Douglas more people-friendly,” said Marg Gardiner of the James Bay Neighbourhood Association. “It was to change the look of Douglas, the feel of Douglas and the way people could use Douglas itself.”
The proposal is being considered by the city, but is so far just an idea that will likely meet more scrutiny before becoming a reality.